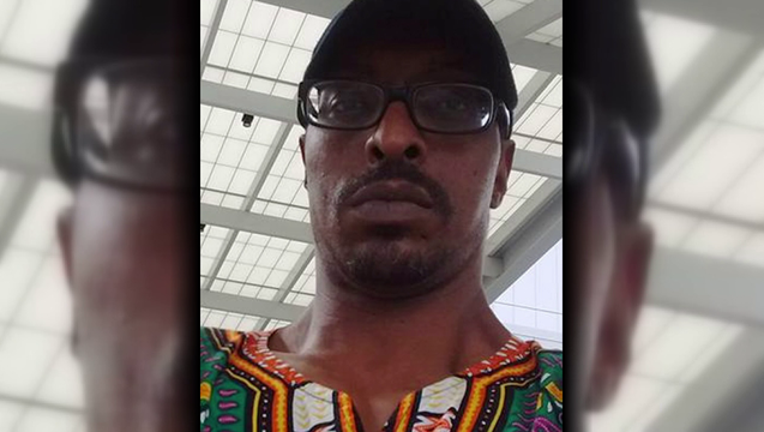 Muhammad Ali's son, who bears the boxing great's name, was detained by immigration officials at a Florida airport and questioned about his ancestry and religion in what amounted to unconstitutional profiling, a family friend said Saturday.

Returning from a Black History Month event in Jamaica, Muhammad Ali Jr. and his mother, Khalilah Camacho Ali, were pulled aside and separated from each other on Feb. 7 at the immigration checkpoint at Fort Lauderdale-Hollywood International Airport, said Chris Mancini, a family friend and attorney.

Camacho Ali was released a short time later after showing a photo of herself with her ex-husband, the former heavyweight boxing champion, Mancini said. But Ali Jr. was not carrying a photo of his world-famous father - a recipient of the Presidential Medal of Freedom.

Ali Jr., 44, who confirmed his Muslim faith, was detained about two hours, despite telling officials that he's Ali's son and a native-born U.S. citizen, Mancini said. It was the first time Ali Jr. and his mother have ever been asked if they're Muslim when re-entering the United States, he said.

"From the way they were treated, from what was said to them, they can come up with no other rational explanation except they fell into a profiling program run by customs, which is designed to obtain information from anyone who says they're a Muslim," Mancini said in a phone interview. "It's quite clear that what triggered his detention was his Arabic name and his religion."

U.S. Customs and Border Protection spokesman Daniel Hetlage confirmed Saturday evening that Ali Jr. was held for questioning by customs officers, but said "it wasn't because he's a Muslim and it wasn't because of his Arabic-sounding name."

The agency said in a statement that its officers process more than 1.2 million international travelers daily with "vigilance and in accordance with the law." It said it does not discriminate based on religion, race, ethnicity or sexual orientation.

"We treat all travelers with respect and sensitivity," the agency said. "Integrity is our cornerstone. We are guided by the highest ethical and moral principles."

During his detention, Ali Jr. was asked repeatedly about his lineage and his name, "as if that was a pre-programmed question that was part of a profile," Mancini said.

Ali Jr. and his mother have been frequent global travelers. The family connects their treatment to President Donald Trump's efforts to restrict immigration after calling during his campaign for a ban on Muslims entering the U.S.

"This has never happened to them before," Mancini said. "They're asked specifically about their Arabic names. Where they got their names from and whether they're Muslims. It doesn't take much to connect those dots to what Trump is doing."

Camacho Ali and Ali Jr. live in Florida. They have not traveled abroad since, and are considering filing a federal lawsuit, he said.

Asked why the matter was just now coming to light, Mancini said: "Khalilah had prior commitments as did I and when she finally got in to see me for a legal opinion of what they did, I brought it to the media immediately."

Ali, the three-time heavyweight champion and humanitarian, died last June at age 74 after a long battle with Parkinson's disease. People lined the streets of Louisville, Kentucky, to say goodbye to the city's most celebrated son before a star-studded memorial service watched worldwide.

This story has been corrected to "his" not "the" in border protection spokesman's quote.