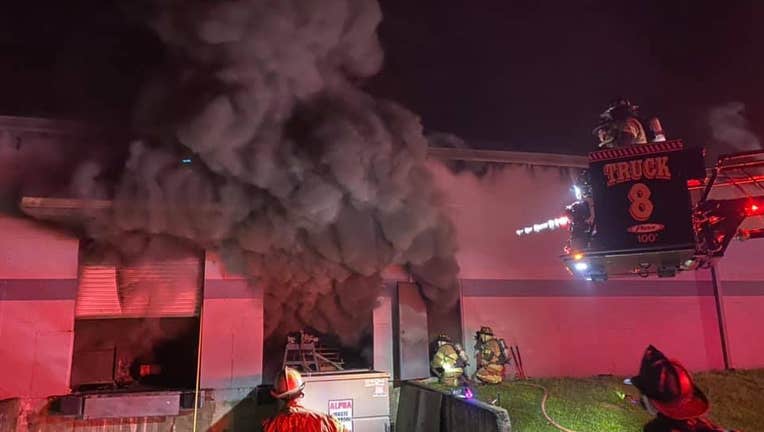 Officials said crews responded to a fire alarm at 219 West Avenue in Dalton and saw smoke as flames when they reached the scene.

Officials said part of a wall collapsed but there were no reported injuries to first responders. 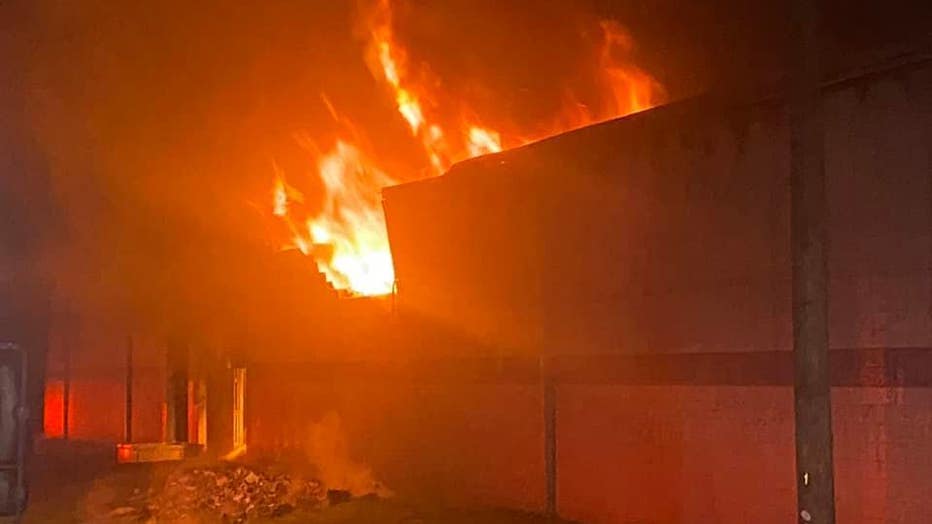 Firefighters battled the blaze for more than an hour.

By the afternoon, firefighters had to request help from the Whitfield County Public Works Department to get better access to the hot spots. A massive backhoe was brought in to bring down the wall on one side of the warehouse to access the smoldering blaze.

Officials did not confirm the name of the business, but the address provided matches one of a Dalton carpet store called Carpets in Dalton, according to Yelp.