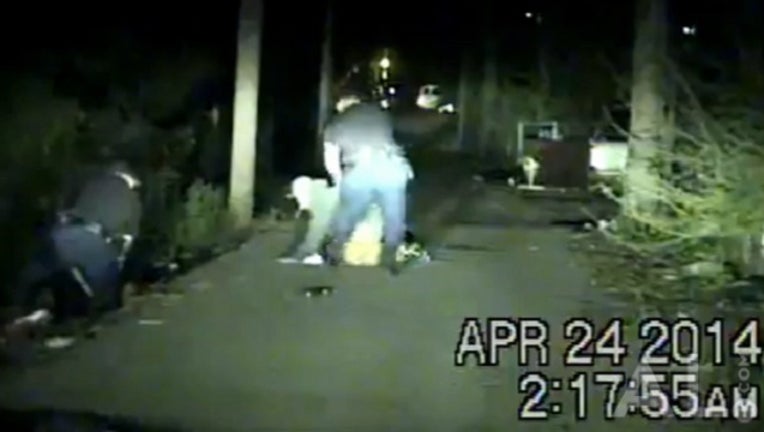 BIRMINGHAM, Ala. - A Birmingham Police officer is under increased scrutiny after dash cam video calls into question his shooting of a suspect. The officer-involved shooting also points out the limitations of video as a tool for investigators.

AL.com reported Officer Daniel Aguirre was initially decorated for how he handled the incident, but has since rescinded the award. Birmingham Police described the events of April 24, 2014 this way when Aguirre received the award:

"Aguirre and Officer Richard Hulska were on patrol and spotted two men who matched the description of suspects in a robbery several hours earlier. One of the suspects began to struggle with Hulska, and Aguirre used a stun gun to subdue that suspect. After using the Taser on the first suspect, Aguirre began to struggle with the second suspect who pulled a gun and pointed it at Hulska. When he ordered the man to drop his gun, the suspect then pointed his gun at Aguirre. Aguirre fired and struck the suspect. Both men were then arrested."

But the video doesn't clearly show the described events.

"I think that's one of the issues with video in that everyone thinks it's 3D and surround sound but there will always be actions the cameras do not capture. Cameras are a great tool but not perfect."

Chief Roper also included that officers "survived a chaotic encounter and were still level headed enough to kick the gun away from the suspect and run back to the patrol car and ensure the vehicle camera was recording. It's obvious the officer saw something we couldn't see because it was difficult to even see the gun on video until he kicked it away."

A group protested outside police headquarters Wednesday morning while Chief Roper asked for reason in the situation.