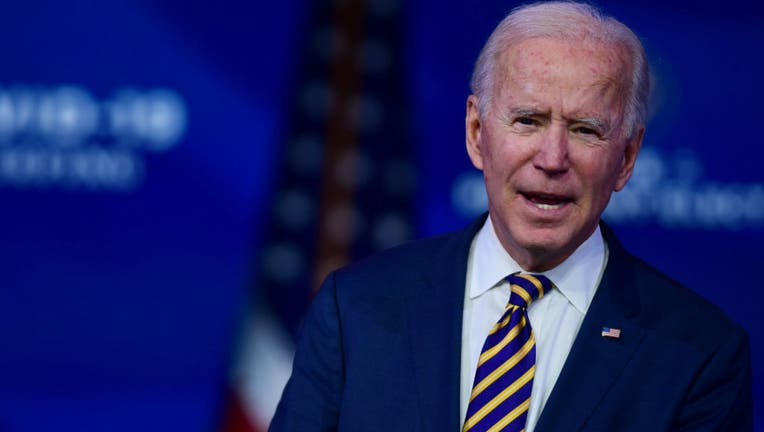 ATLANTA - President-elect Joe Biden is going all-in to help Democrats win two Senate runoffs in Georgia that will determine party control in the critical early years of his administration, a widespread effort that not long ago would have been unthinkable in a Republican-dominated state in the Deep South.

The push ahead of Tuesday’s election comes with early voting making some Republicans nervous as President Donald Trump, who narrowly lost the state to Biden, continues to assert falsely that the Georgia election process is rigged.

Biden and his team have steered at least $18 million to help Jon Ossoff and Raphael Warnock try to unseat Republican Sens. David Perdue and Kelly Loeffler. Biden’s campaign manager and incoming White House deputy chief of staff, Jen O’Malley Dillon, confirmed the figures Saturday, ahead of upcoming visits to the state by both Biden and Vice President-elect Kamala Harris. The money includes about $6 million in staff and voter data support and $12 million in fundraising for the two campaigns.

A look at the final stretch in the U.S. Senate runoff races and the heavy-hitting political names coming to Georgia to help their party's candidate.

The president-elect and Harris also have recorded robocalls to blanket the state ahead of Tuesday. The pair has planned media interviews in markets across Georgia, including morning and late-afternoon "drive-time" radio on Election Day.

The effort reflects the high stakes, with Democrats needing a sweep to tilt the Senate in their favor, while Republicans need just one seat to keep their majority and force Biden to contend with divided government. Beyond what it means for Biden’s legislative prospects, the president-elect’s activity highlights the state’s evolution into a legitimate two-party battleground and what Biden’s team touts as his advantages as the first Democrat since 1992 to carry the state in a presidential election.

"We’re not having any conversations about whether there’s a value-add to have the president-elect be a part of this. There is," O’Malley Dillon said in an interview. "The party feels that way and sees the unique coalition that he’s put together."

Biden will be in Atlanta on Monday, the same day that Trump heads to the north Georgia town of Dalton for an election-eve rally. Vice President Mike Pence also will be in Georgia on Monday. Harris will be in Savannah on Sunday.

Republicans face considerable pressure to maximize their expected Election Day advantage to make up for an apparent repeat of Democrats’ success in early voting turnout in November’s election.

FOX 5 political analyst Lori Geary sits down with FOX 5 anchors Russ Spencer and Courtney Bryant to talk about the final days of the Senate runoff campaigns and how President Donald Trump's tweets calling for Georgia Governor Brian Kemp to resign could impact it.

In November, about 5 million ballots were cast altogether. That included 3.6 million early ballots and about 1.4 million on Election Day. Democrats posted a wide advantage in early ballots, but Republicans made up ground on Nov. 3. Biden defeated Trump by about 12,500 votes; Perdue led Ossoff by about 88,000 votes but fell short of the required majority to win outright. Loeffler and Warnock were forced into a runoff because both fell well shy of a majority.

Perdue’s initial advantage gave Republicans confidence for much of the runoff campaign. But early turnout by Black voters, who lean overwhelmingly Democratic, is now of major concern for the GOP. Black voters make up about 31% of the early runoff electorate so far; several hundred thousand absentee ballots are still outstanding, according to nonpartisan data analyst Ryan Anderson of Atlanta. At this point in the general election, the Black share of the early electorate was less than 28%.

Meanwhile, more than 110,000 voters who didn’t participate in November have cast runoff ballots; O’Malley Dillon said Democrats’ analysis shows that group tilts heavily in their favor. All of that suggests Republicans will have to run up an even bigger Election Day advantage than they did in November.

The Democrats will need to win both of Georgia's Senate seats on Tuesday to change the balance of power.

In the northern suburbs, where Democrats have made considerable gains in recent election cycles, Loeffler repeated the themes of her runoff blitz, caricaturing Warnock and Ossoff as radicals who don’t fit Georgia’s political makeup. But she didn’t mince words about the possibility that Democrats could win.

"Make no mistake, they are energized. They’re turning out," she said. "We need you to make sure that you get 10, 20 of your family members and friends to the poll on Tuesday. We have three days to get this done."

As Loeffler campaigned, the president took to Twitter with more false assertions that Biden’s win in Georgia was fraudulent. In fact, Georgia elections officials, including Republicans, have vouched for the accuracy of the count, and multiple courts have rejected Trump and GOP elections challenges.

Perdue remained quarantined Saturday after being exposed to a campaign staffer who tested positive for the coronavirus. He told Fox News he would miss Monday’s Trump rally.

In Biden’s camp, meanwhile, O’Malley Dillon said there’s a confidence that Georgia, regardless of its outcome, already has proven a new path for Democrats under Biden. She said the president-elect can energize the party’s diverse, more liberal base while still appealing to more moderate voters, including metro-area white voters who may have leaned Republican. That, she said, makes it harder for rote GOP attacks about "radicals" and "socialism" to stick. And O’Malley Dillon said the Georgia investments demonstrate Biden’s willingness to lend his brand across the country, even in GOP strongholds.

"Joe Biden is the guy who was always out there to help the party and to help candidates, doing more fundraisers than anyone else ... showing up to state party events. That’s just a part of who he is," O’Malley Dillon said, adding that Georgia is "reflective of how the president-elect wants to drive" his political operation as president.