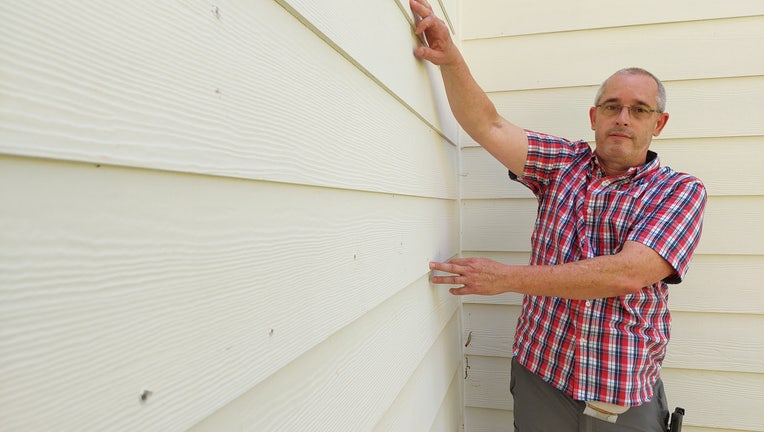 Michael Evans of Hiram shows off some of the damage he says was caused by Pink Energy installers.

HIRAM, Ga. - Georgia’s attorney general has an "active investigation" into at least one of the rooftop solar companies profiled in a FOX 5 I-Team hidden camera series.

Homeowners complained sales reps deceived them into thinking expensive solar systems would actually be cheaper than paying a monthly electric bill. But many wound up paying even more overall.

One of the companies the FOX 5 I-Team investigated is North Carolina-based Pink Energy, formerly known as Power Home Solar.

The Georgia attorney general wouldn’t specify which company it’s looking at, but the Missouri attorney general's office announced it has opened an investigation into Pink Energy for "alleged violations of the consumer protection law."

The Georgia attorney general wouldn’t specify which company it’s looking at, but the Missouri attorney general's office announced it has opened an investigation into Pink Energy for "alleged violations of the consumer protection law."

The Better Business Bureau has updated Pink Energy’s status, too. It once gave the company an A+ rating, a fact their sales reps made sure to point out when they paid a visit to a potential customer’s home.

"The only thing I like to focus on here is the A+," Pink Energy’s Andrew Riddle told our undercover producer.

But in the wake of the FOX 5 I-Team’s investigation and others, the BBB now gives Pink Energy no rating — NR — instead, alerting consumers to a "pattern of complaints" and "unfulfilled promises" to fix the problem.

"You got an A+ rating it means everything’s good," remembered Michael Evans, 52, of Hiram, Georgia. "That’s what I assumed."

Without getting other bids, he agreed to pay Pink Energy $59,740 to install 14 panels and four batteries. 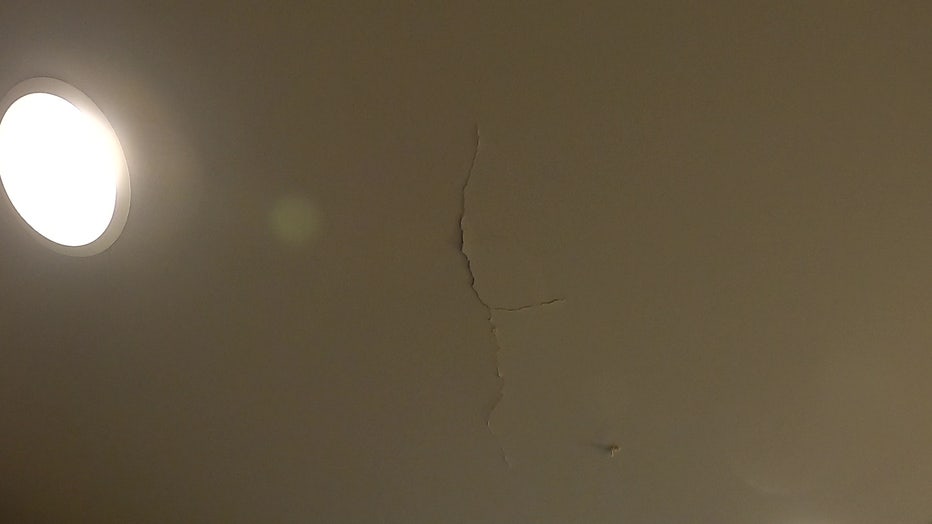 Ceiling crack caused by solar installers in Evans' new home weeks ago. It's still not repaired.

But according to his complaint with the Georgia attorney general, Evans said it took months to actually get his system installed. Then one of the contractors stepped through his kitchen ceiling. It’s still not fixed.

Neither are the more than a dozen drill holes spread out like buckshot on one side of his home. That’s where installers originally planned to put his system.

"It irritates me," he said, his voice swelling with emotion.. "And there’s days … it’s heartbreaking."

He wants Pink Energy to repair the damage, remove their equipment and cancel the contract.

The Georgia Solar Energy Association executive director Don Moreland worries that kind of negative experience will turn off what should be a growing rooftop solar industry in our state.

"It makes me sick to my stomach that the types of things that are going on out there, and it’s really given the whole industry a bad name at a time when we’re just getting our feet under us in Georgia," he said.

That’s why Moreland urges customers get multiple bids, including at least one from his organization of Georgia-grown providers.

Pink Energy has an office in Marietta but is based in North Carolina.

"We’re kind of getting tired of these companies being in this state and wreaking havoc the way that they are," said Moreland. "And really the shortest distance between today and getting them out of the state is the Attorney General’s office." 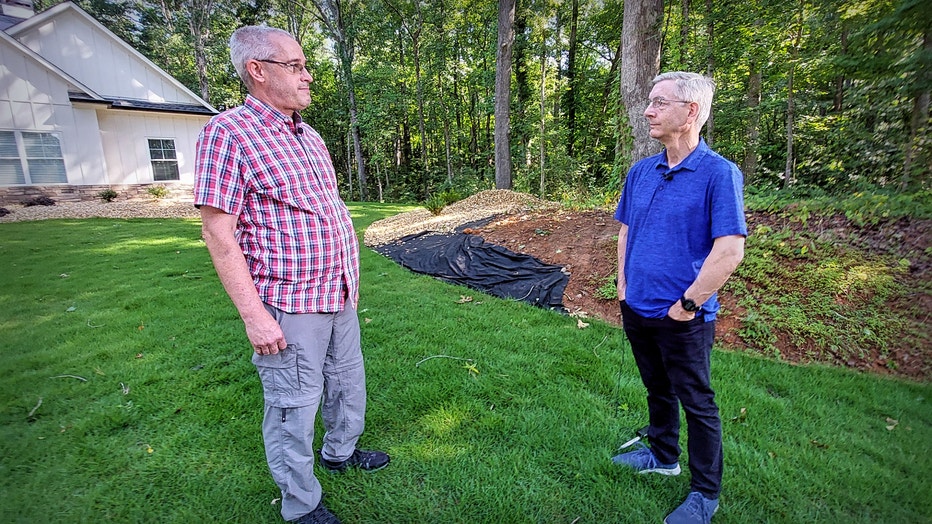 Evans filed a complaint with the GA AG's office. He wants the damage fixed and the system gone.

Pink Energy did announce a series of changes to its sales strategy, including no more commission-only sales reps, longer cancellation periods, and more customer service staff.

But at the moment, no more A+ rating.

A Pink Energy spokesperson issued this statement to the FOX 5 I-Team:

"Over the past few years, we have grown significantly and have experienced some bumps along the way. We have been working nonstop to investigate and address any issues brought to our attention and have developed and are implementing many new trainings and policies to ensure we are moving forward with a relentless commitment to our customers' satisfaction."

"Everything sounded great," remembered Evans. "Signed on the dotted line, and it’s been a horror story ever since."

A story fans of rooftop solar hate to hear.