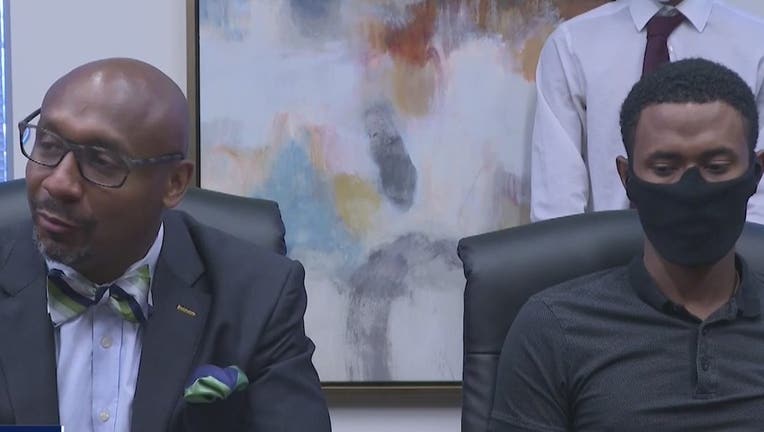 Kibur Dawit, seen next to his lawyer, is one of two GSU graduates taking legal action for injuries during May's protests in Atlanta. (FOX 5)

ATLANTA - Two Georgia State University graduates who say they were hurt due to excessive force by police held a joint press conference on Thursday.

The pair says they were both recording protests near Centennial Olympic Park in May when they were shot in the face by police rubber bullets.

"She was immediately rushed to Grady [Memorial] Hospital and was informed that she had some fractures to her face she also had some fragments of the -- quote, unquote -- rubber bullet in her face causing laceration internally to her sinuses causing a lot of bleeding and potentially may face some loss of vision,” said Miguel Dominguez, attorney for Dyett. 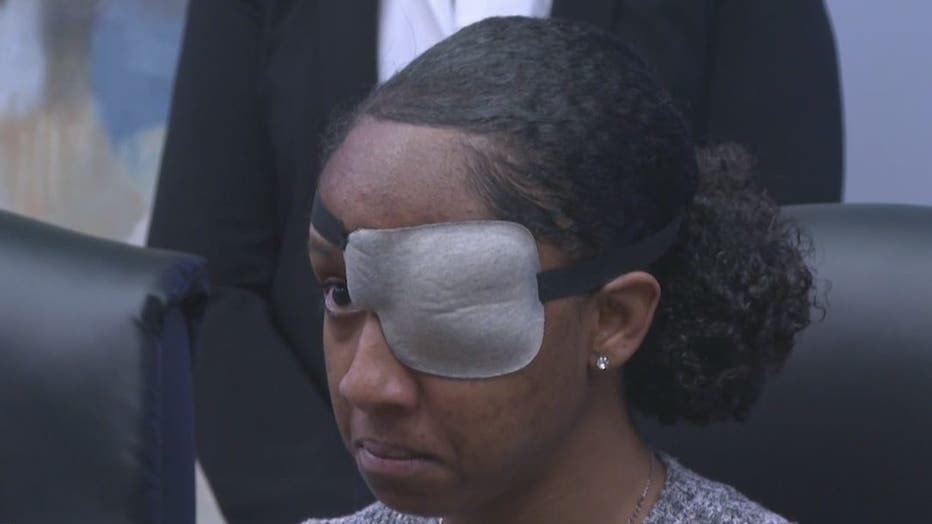 Mikaela Dyett says she suffered severe injury after being shot by a rubber bullet in downtown Atlanta in May. (FOX 5)

Attorneys dispute the term "rubber bullets" calling it deceptive because they are known to cause severe injuries.