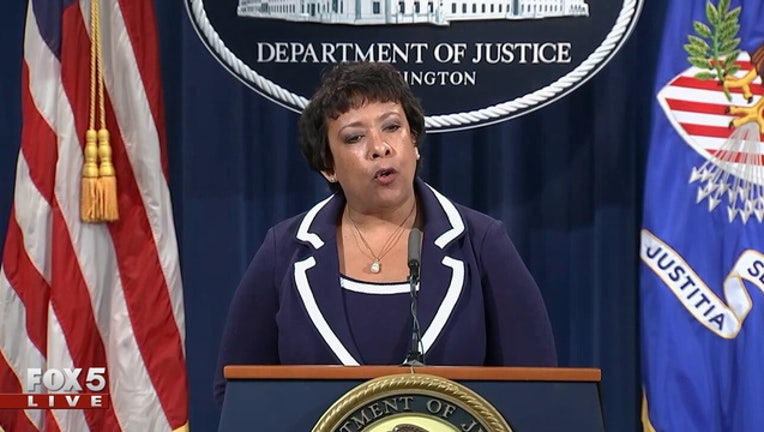 Attorney General Loretta Lynch is calling for peace and calm after Thursday night's deadly shootings of police in Dallas.

Lynch called the attack "an unfathomable tragedy," and said the spate of violence can't be allowed to "precipitate a new normal."

The gunfire that killed five police officers and wounded seven others erupted during a protest march prompted by the shootings by police of black men in Louisiana and Minnesota.