Atlanta United's newest team is just a few months old, runs on four legs, and is training to help give back to a veteran or first responder who has given so much for their country.

His name is King and he's part of America's VetDogs organization, an organization that provides service dogs to veterans and first responders to help with PTSD, seizures, and other injuries.

King may be only a few months old, but Atlanta United President Darren Eales was eager to invite him on the team.

"It's something that we wanted to do because giving back is part of our core values. So this is a great opportunity for us to take a puppy, to help train them, and then to obviously it goes to a great cause," Eales said.

"They make a huge difference, not only in the lives of the service member who gets them but their entire family. I've heard countless stories of families coming together and lives being significantly improved," America's VetDogs President and CEO John Miller said.

This is the second puppy on the team. Last year the COVID-19 pandemic made it a bit more challenging. 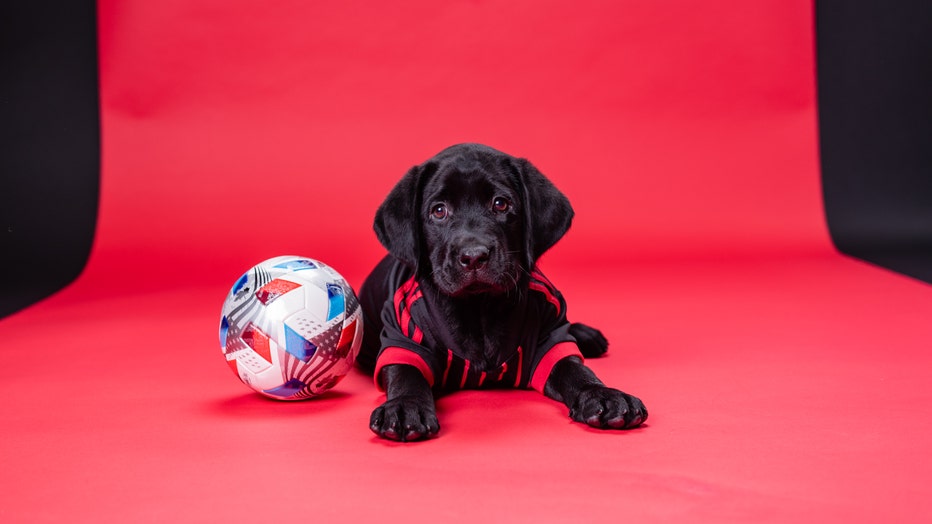 "Whereas this time we really think King is going to become a fan favorite and it's good for King because he has practice being in loud environments so it actually helps accelerate his training process," Eales said.

The partnership also helps America's VetDogs reach possible volunteers and donors. It can cost up to $50,000 to raise one of these service dogs.

"So it brings a lot of awareness and education to the entire community about the importance and the services that these pups can provide to veterans and to first responders. And it gives us an opportunity to teach people about how to manage these service pups in the public
and that sort of thing," puppy raiser Michelle Samuels said. 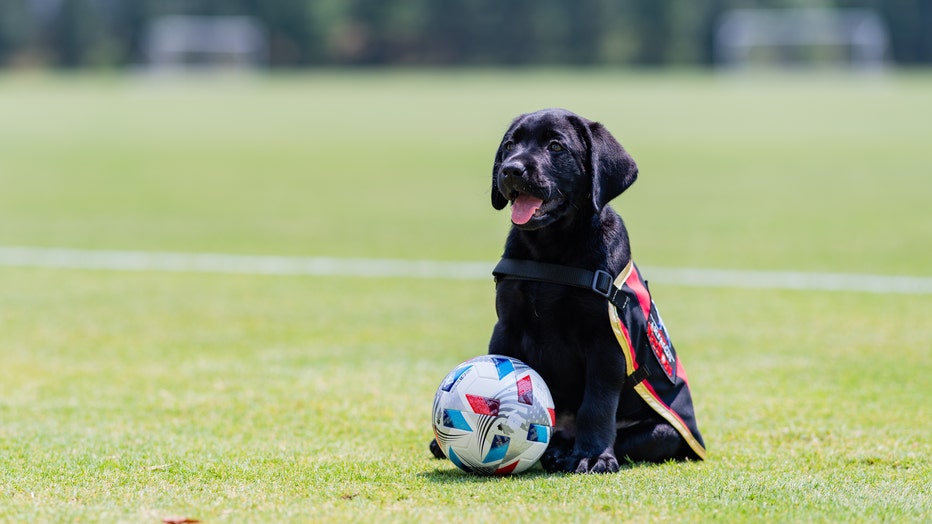 "If he can do this, he can do anything," Miller said. "The fans here are great, the team is great, and we're really excited about the partnership."

While King will reign with the fans, the most important thing is how this will help give back to someone who has given so much.