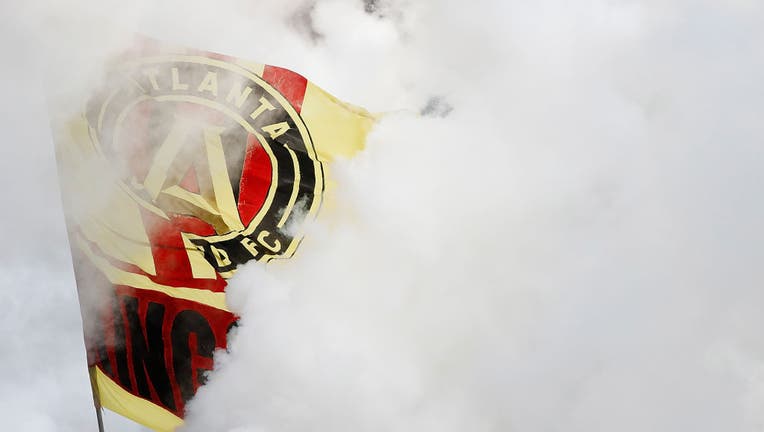 A flag is seen through the smoke after the 2-2 tie between the Atlanta United and the Toronto FC. (Kevin C. Cox/Getty Images)

ATLANTA - Atlanta United has canceled their training session after a player tested positive for COVID-19.

According to the team, the player does not have any symptoms.

All other players and staff returned negative tests on Sunday and will be tested again today.

Officials say the player will remain in self-isolation and monitored by the club's medical staff.

The team's match on Wednesday against Orlando City SC will be played as scheduled.