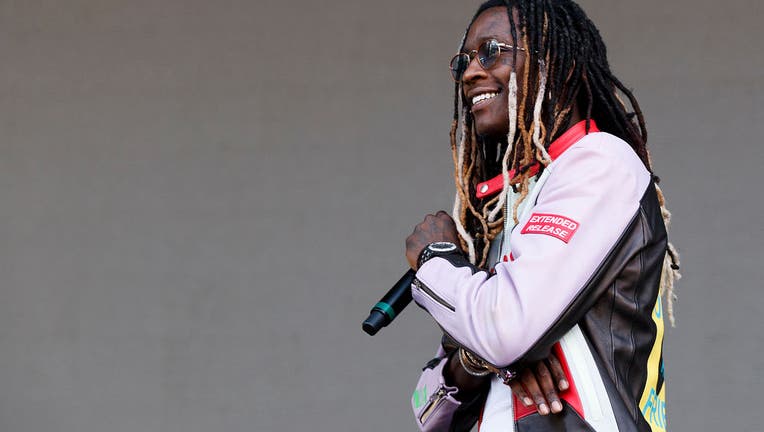 GWINNETT COUNTY, Ga. - Rapper Young Thug is suing his Gwinnett County apartment complex after more than $100,000 worth of jewelry were stolen.

According to the lawsuit, a concierge at Trace Apartments put the bag in a secure location after the rapper accidentally left it next to his vehicle on Nov. 1, 2020, but another employee released it to someone else.

The missing bag contained a hard drive with about 200 unreleased songs that are worth at least $1 million, the lawsuit said.

Young Thug is reportedly requesting a trial by jury to receive damages for his missing items as well as attorney fees.