A look at how the Atlanta Police Department is expanding its drone program.

ATLANTA - Drones hovering in the air are no longer a foreign concept, but Atlanta's police department has also found them useful indoors and anticipates adding a new infrared drone before the start of the summer.

Atlanta police said video from the 2020 arrest of Antonio Demetrice Rhynes. Rynes was wanted for the murder of actor Thomas Jefferson Byrd who appeared in several Spike Lee movies. The arrest proves drones are invaluable additions to the department.

"The drone was utilized then to get the subject in his apartment," Senior Patrol Officer James Cunningham said. "The SWAT team used explosives to open a door, they utilized the drone to go in and find subject inside."

Atlanta police use a drone to make a high-risk arrest.

SPO Cunningham operated the drone that night and remembers it as a success.

"Everyone left location safe," he said. There were no injuries.

"SPO Cunningham has put together a tremendous training program," Lt. Gary Harper, one of the newer pilots said.

SPO Cunningham said it can take as little as 45 seconds, depending on the drone to get set up while on an active scene, but studying to become a pilot-- let alone the police recruitment process is a lengthy endeavor.

"We have three pilots in the program. We are looking forward to making the program a little more available to some of our partners in the county," Lt. Harper said. 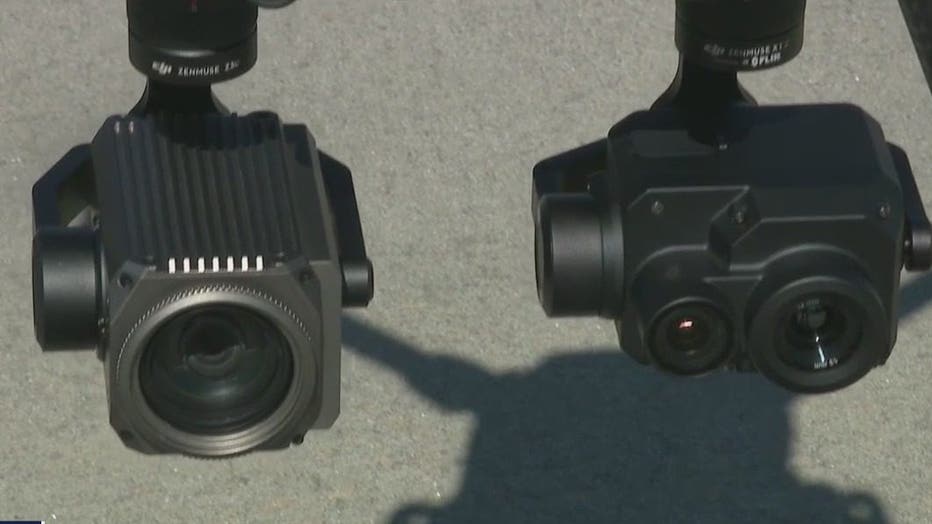 Right now, officers have their eyes set on an aircraft with infrared technology that could help find suspects in wooded areas and locate missing people, or suspects hiding in wooded areas.

Each device has its own special quality.

A small, gray, and circular aircraft, for example, works best for those indoor missions.

A large, black drone that flashes blue and red lights can withstand the rain.

"During the protests, it gave a great visual of what was going on and helped us identify the individuals doing things they weren't supposed to be doing," SPO Cunningham said.

With new devices on the way, Atlanta police are confident they'll be even better prepared to keep the streets safe.