The officers told FOX 5 News exclusively they solved the crime by literally sniffing their way to the suspect on the road, and then saw the marijuana plants out of the back of the suspect's vehicle; however, at first they did not believe what they saw.

"I smelled a strong odor of marijuana when we were just driving," said Officer Chris Newman, who was with his partner on patrol near the corner of Piedmont Road and Sidney Marcus Boulevard. Officers made the bust Tuesday.

"We continued looking from car to car, just driving by them, seeing their reaction," said Officer Baddredine Mala.

Officers said they drove up Piedmont Road until the smell became overwhelming.

"There was one car with all its windows down. We came behind it. The smell got very strong," said

"Looked like a huge plant in the back. I made a joke: 'There's the marijuana plant,'" Mala said.

Officers pulled over the swerving vehicle further north on Piedmont Road near Wesley, and said they were in disbelief when they pulled out three giant marijuana plants.

"I don’t even know if I should call it a plant. It looked like a tree," Mala said.

The 38-year-old driver Thomas Deaton was arrested for marijuana possession at the scene.

Officers said he told them he came across the pot plants while skateboarding with friends in DeKalb County, led him to a field, and allowed him to clip several giant plants.

Officers told FOX 5 the plants can be valued in thousands on the streets. 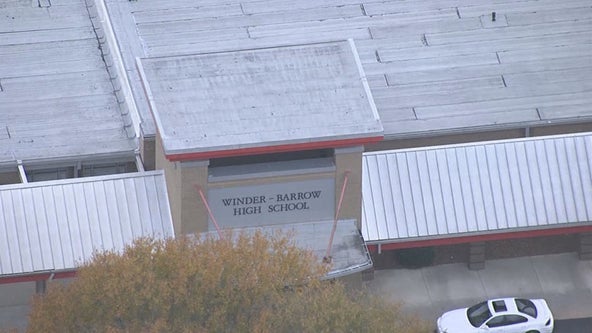 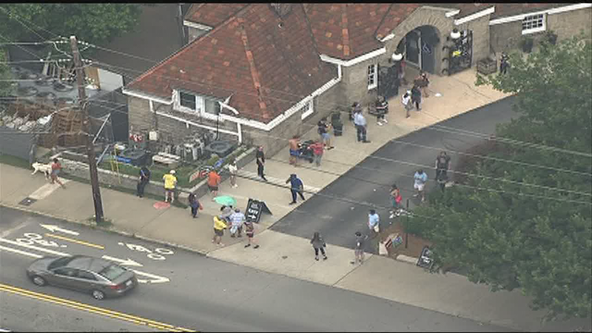