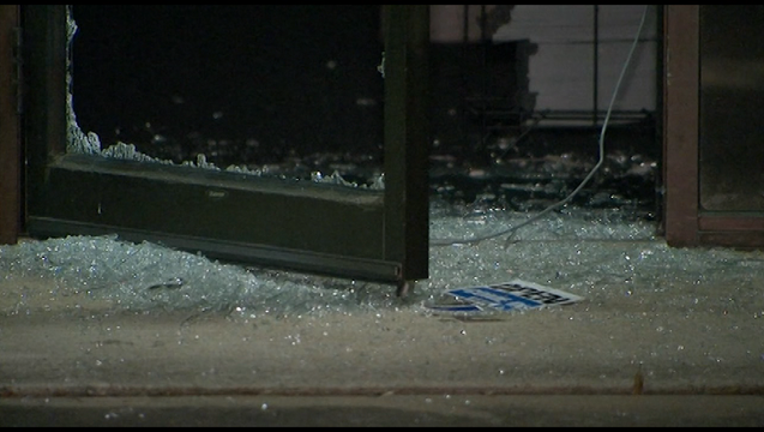 By flashlight, Atlanta Police inventoried stolen stuff they found stashed in the woods of Southeast Atlanta.

The goods, put there, they say, by a crew of crooks.

The men, according to investigators, bashed through the doors of several businesses early Monday.  The doors of Hands on Props, Alpha Studio Rental and Georgia Film Art were shattered.  They are all in the same strip on Southside Industrial Parkway.

Investigators responded to a burglar alarm, and spotted three men in the parking lot.  When the men saw the police cruisers, they ran.  Police caught up with them, and took all three into custody.

Officers found TV's, electronics, sunglasses and fake weapons in the woods nearby.  The phony guns are props for movies.