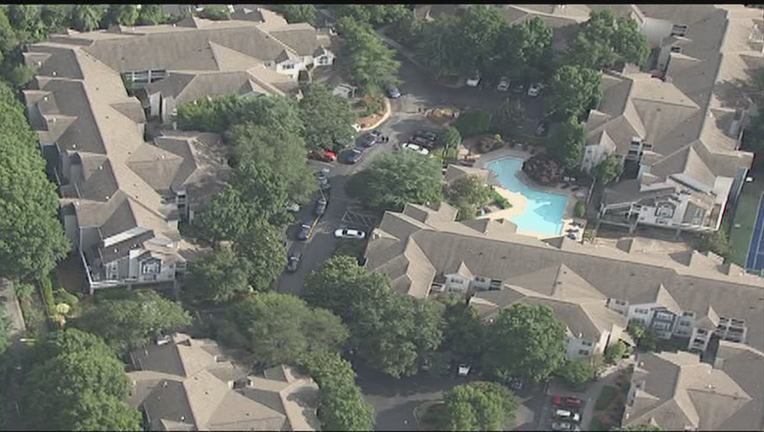 SKYFOX 5 is at the scene of a double shooting at an Atlanta apartment complex. (Photo: FOX 5 Atlanta)

ATLANTA - Police are investigating a double shooting that left one dead at an apartment complex. Police said the shooter left the scene before officers responded.

Police arrived at the scene on 400 Central Park Place, Prato at Midtown, to find one man dead and another wounded from apparent gunshot wounds.

Police said the wounded victim was rushed to a hospital in stable condition.

Police said the investigation indicates the two men were shot inside the apartment after a "verbal dispute."

SKYFOX 5 captured footage of investigators inside the gated community.

The Fulton County Medical Examiner was at the scene.

Police are still searching for a potential suspect.