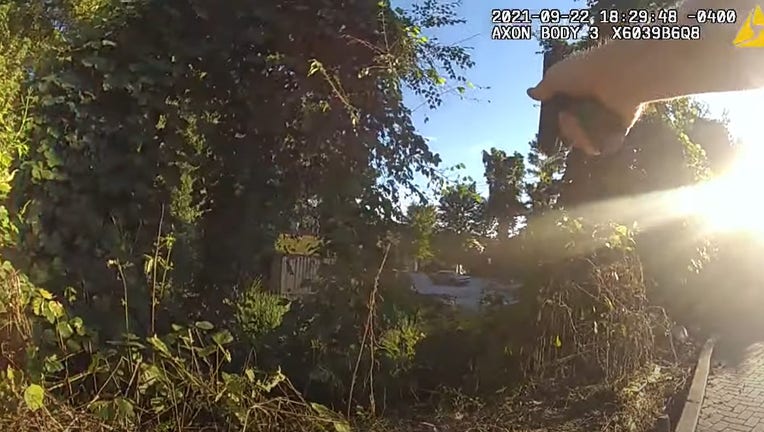 Atlanta Police Department Officer Smith gave chase and after a short foot pursuit, he was able to apprehend the suspect without incident. (FOX 5 Atlanta)

According to authorities, an officer was patrolling near the intersection of Campbellton Road and County Line Road on September 22. APD Officer Smith saw a man with a handgun and gave commands for him to drop the weapon.

The suspect disregarded the orders and ran away, police said. The officer later caught up with the suspect during the chase and arrested him without incident. 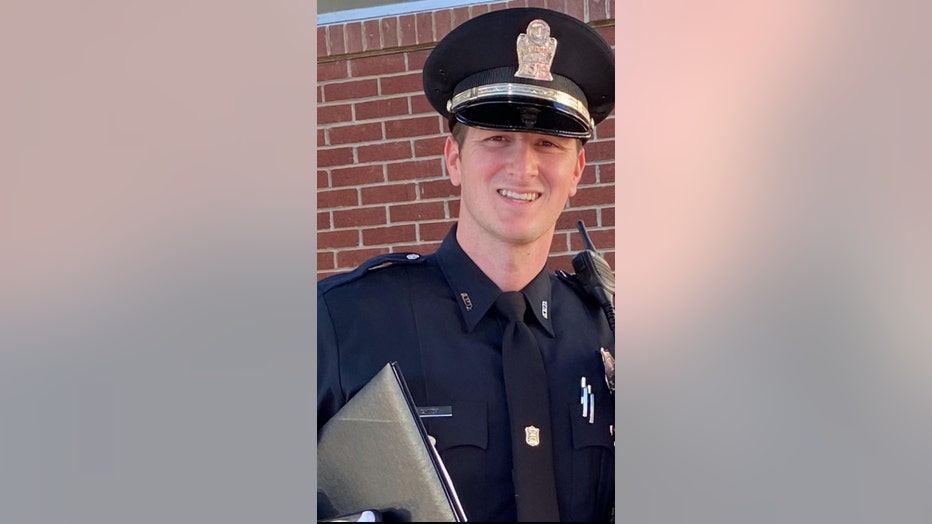 APD Officer M. Smith gave chase and after a short foot pursuit, he was able to apprehend the suspect without incident. (FOX 5 Atlanta)

"Officer Smith followed his training, remained focused and was determined to catch the suspect and provide justice for the victim," APD said in a statement. "Officer Smith is to be commended."

An investigation later revealed that the victim was at the location to buy a vehicle that was listed on a social media marketplace.

The suspect, who was later identified as Franco Watkins, said the car would arrive at the location soon. Watkins then pulled out a gun, demanded cash, and grabbed the woman's purse.

Watkins was booked into the Fulton County jail.