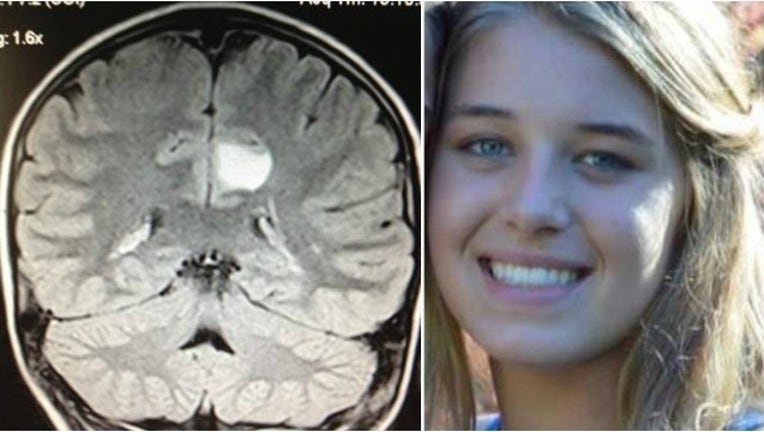 ATLANTA - An Atlanta high school athlete has received a special award from Children's Healthcare of Atlanta after having a brain tumor removed last year.

CHOA shared Holland Carlton's story on Facebook on Monday. The Pace Academy student, who started playing sports at a very young age, suffered a concussion and a CT scan later revealed she had a growing brain tumor.

At first the tumor was benign, but it started to grow after a year and that's when surgeons decided it needed to be removed.

In March of last year doctors successful removed the tumor. Holland's parents said the doctors came out of surgery smiling and told them they should be smiling too.

Holland had to relearn daily activities such as walking without assistance and tying her shoes. Her mother said she had an inner strength, made a huge comeback and has since returned to both the soccer field and volleyball court. That's why she is being honored as the CHOA 2015-2016 Comeback Athlete of the Year.

The Children's Comeback Athlete of the Year receives a commemorative plaque and a donation of $500 is made in the athlete's name to the athlete's sports team.