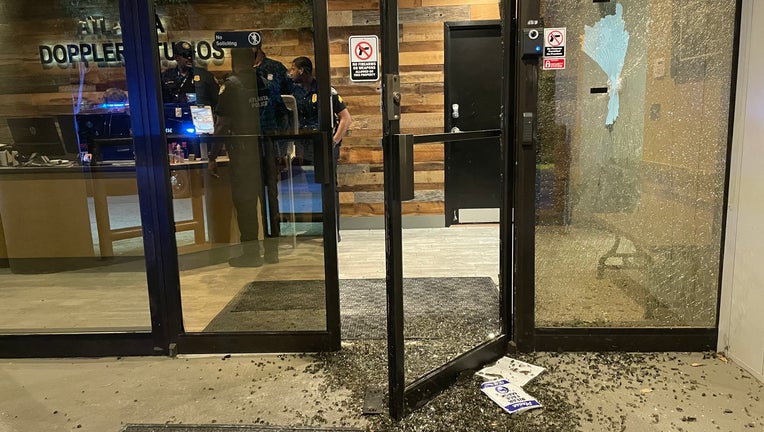 ATLANTA - Police are investigating a shooting at an Atlanta music studio that sent one man to the hospital early Friday morning.

Officials tell FOX 5 the shooting happened at Atlanta Doppler Studios shortly after midnight on the 1900 block of Piedmont Circle.

When officers arrived at the scene, they found a man who had a graze wound on his head from a bullet.

Medics transported the victim to Grady Memorial Hospital, where he is in stable condition.

While the victim has not been identified, police say he is an employee at the studio.

Investigators say they believe the employee was a bystander in a shootout between a group of men outside the studio.

One suspect was arrested at the scene for discharging a firearm.