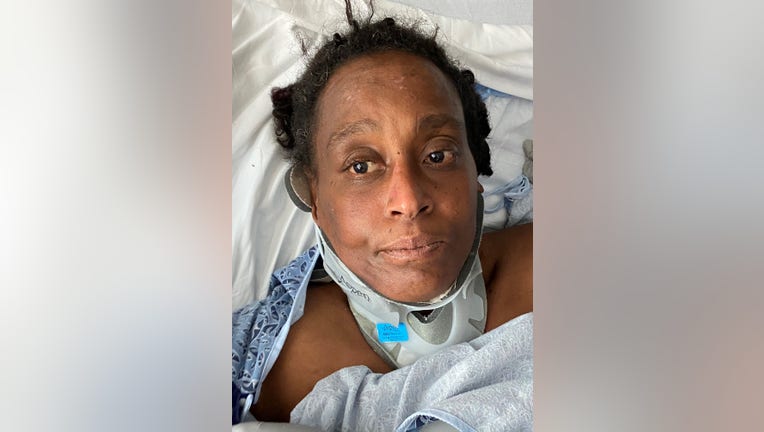 The hospital says the woman was brought in on March 12 after she was hit by a vehicle. (Grady Memorial Hospital)

ATLANTA - Update: Grady Memorial Hospital says the woman has been identified and they've been able to be in touch with her family.

Grady Memorial Hospital is asking the public to help them find any family of an unidentified female patient.

The hospital says the unidentified woman was hit by a vehicle on March 12 around 9:45 p.m. on the 1,700 block of Peachtree Street.

According to officials, the woman has not been able to provide any information about who she is, where she lives, or any family members. Authorities have also not been able to use her fingerprints to identify her.

The woman is described as being 5-feet-5-inches tall with a weight of 132 pounds. She is believed to be in her 40s and has no distinguishing marks or tattoos.

The hospital says that she was described as being well dressed. When she was found at the accident scene, she did not have a purse or a phone.

If you have any information that could help identify the patient, please call Grady Memorial Hospital at 404-616-4638.