ATLANTA - What do Queen Latifah, Usher, Tyler Perry, and Katherine Heigl have in common?  Yes, they’re all incredibly talented and successful in the entertainment industry.  But they’ve also all been taken care of by a pair of Atlanta entrepreneurs who use their own hands to make ours look better.

We spent the morning at Tu La 2 Nail Salon & Company, owned and operated by celebrity manicurists (and, yes, twin sisters) Sabrina Brie’ Rowe and Sharlinda Parker.  After getting their start in their hometown of Richmond, Virginia, the sisters moved to Atlanta and began working with high-profile clients in the city’s booming music and entertainment scenes.  In January of 2002, the twins launched Tu La 2 Nail Salon & Company, a West Midtown salon from which they could offer a wide range of services including manicures, pedicures, lashes and waxing. 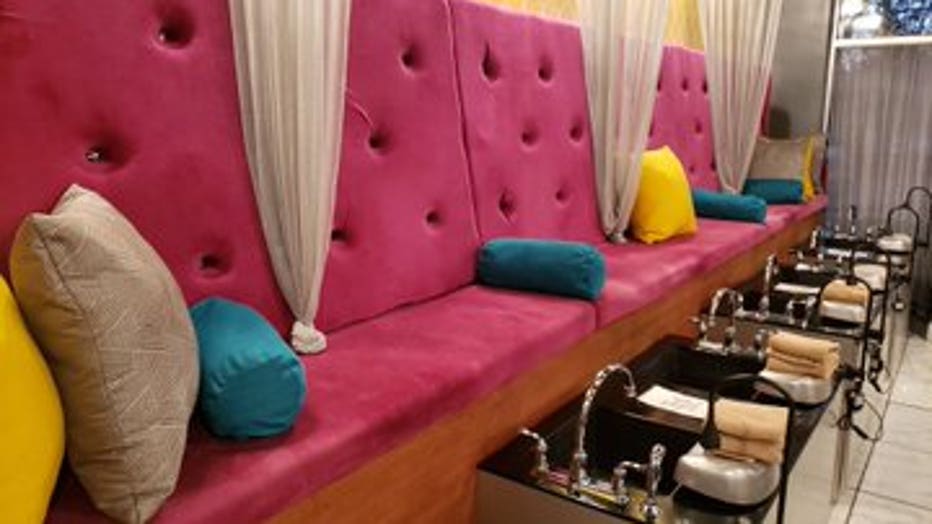 Now, confession time — a certain handsome feature reporter has never, ever had a manicure or pedicure.  And when he told Grammy-winning singer Q Parker (of 112) that, Q insisted we immediately go and spend some time with his wife…who just happens to be Sharlinda Parker.  So, we spent the morning at Tu La 2 Nail Salon & Company, learning more about how the twin sisters have built their successful business and why a little self-care goes a long way.

The salon works with high-profile clients in the city’s booming music and entertainment scenes.