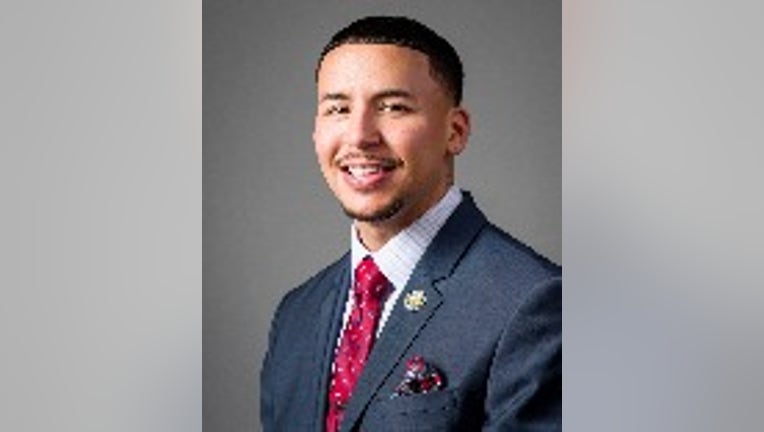 ATLANTA - A member of the Atlanta City Council was indicted by a federal grand jury on Wednesday on charges of wire fraud, mail fraud, bank fraud, and making false statements on a bank loan application.

Antonio Brown, 35, of Atlanta, who was elected to represent District 3 on the Atlanta City Council in 2019, is accused of defrauding several financial institutions by taking out loans and making credit card purchases, federal prosecutors said, and then falsely claiming that he was the victim of identity theft and was not responsible for the charges or repaying the loans.

U.S. Attorney Byung J. “BJay” Pak said Brown opened several credit card accounts and used them to make thousands in purchases. He also received $60,000 in auto loans for a Mercedes C300 and a Range Rover, prosecutors said and then reported his ID was stolen to make those purchases.

Prosecutors said Brown was also indicted for lying on a credit card and a loan application, claiming he made hundreds of thousands of dollars more in yearly income than he did. Investigators said they were able to verify this through his tax returns.

Prosecutors noted all the charges in the indictment were prior to Brown’s election to the Atlanta City Council.

“For years, Antonio Brown allegedly sought to defraud a number of banks and credit card companies by falsely claiming that he was the victim of identity theft,” said Pak. “Brown’s scheme was eventually brought to light, resulting in his indictment by the grand jury.”

“This investigation is another example of the power of partnerships in combating financial fraud and identity theft,” said Tommy D. Coke, Postal Inspector in Charge of the Atlanta Division. “Postal Inspectors are dedicated to pursuing individuals who seek to defraud for their own financial gain.”

“We are committed to working with our Federal law enforcement partners to aggressively pursue those who falsely claim their identity was stolen in an attempt to defraud financial institutions,” said Gail S. Ennis, Inspector General of Social Security. “I thank the U.S. Postal Inspection Service and IRS Criminal Investigation for their efforts in this case, and the United States Attorney’s Office for bringing these charges.”

Brown’s profile on the Atlanta City Council website describes him as a “CEO and humanitarian”. It reads in part:

“Antonio Brown adds a unique perspective, strong faith, and inspirational work ethic to his community. Growing up in poverty with his parents frequently incarcerated, Antonio discovered he had the resilience and drive to overcome adversity & achieve success.”

Brown is the founder of LVL XIII (Level 13), a luxury men’s fashion brand.

No word on when Brown will appear in court to face these charges.

“As the public has been made aware, Council member Antonio Brown has recently been indicted by the U.S. Department of Justice on multiple charges unrelated to his service on the Atlanta City Council. At this time, no vacancy on Council exists as a result of this occurrence. A vacancy would only exist in the event of a resignation, conviction, or state-level suspension.

“Per the U.S. Attorney's Office (Northern District of Georgia), please be reminded that the indictment only contains charges and the defendant is presumed innocent until otherwise proven at trial. This is a personal matter to be addressed by Mr. Brown as he undergoes due process of the law.”