ATLANTA - Some men are tapping into the COIVD-19 pandemic in a unique way. They’ve started a “Happiest Hour Exploration Project.”

So what does it mean? New beers, with a twist in their names.

“I made some reference to Dr. Fauci, you know the voice of reason during the pandemic, and we landed on Fauci Spring for that one,” says Nick Purdy, co-founder of Wild Heaven Brewery & Cantina, FINA.

Fauci Spring is a pale ale brew with an Açai berry. Purdy says, “we didn’t know what it would taste really taste like. This has been a little bit more of an adventure.”

Purdy and Johnson go back to their college days together. Purdy says he’s been tasting Johnson’s beers in the mid-’90s. Johnson was making beers as early as 17 years old.

Another beer will make its debut Friday. The “We Will Meet Again” rye beer was inspired by Queen Elizabeth II.

Purdy says the idea came from “Queen Elizabeth’s speech she made a couple of weeks ago to the British people, kind of reassuring them of what’s going on and how the government is handling it. She kind of had hopeful words looking forward, and she said ‘we will meet again’ and we just thought that was beautiful.”

It’s the first rye beer the brewery has ever made. Johnson describes it as an IPA brewed with El Dorado Hops, which is a “pear, cantaloupe, very tropical” kind of beer. Johnson says, “it is a fairly bold beer, but also super drinkable and works in this series, the kind of beer we would gather with friends around.”

“The number of people that seem aware of these beers and want them to come in and get them… I haven’t seen anything like it,” says Purdy. And while the new beers are getting plenty of attention, the brewery’s flagship beer is too.

It’s called Emergency Drinking Beer. “I guess people have also found that one to be weirdly appropriate right now,” laughed Purdy. The beer though has been around for four years.

So what is the brewery doing with the profits? “They have allowed us to pay a lot of our furloughed employees what they were making, without them having to rely on other income streams. So that part of it has been great,” says Johnson.

Johnson tells us another beer called All Together is on the way as well. But it will be available across the world. He says it’s part of an international collaboration headed by Other Half Brewing in Brooklyn, NY. Johnson says all proceeds will help people in the service industry affected by the pandemic. “Hundreds of breweries around the world are brewing the same recipe, donating to friends and family in the service industry,” explains Johnson.

Nick says, “we’ve done a bunch of different stuff to keep the ship afloat, and this has been a big part of it no doubt.”

While both acknowledge it’s impossible to know when things will return to normal, Johnson says he is, “looking forward to of course being able to sit down at the bar, one of our favorite places, and actually enjoy a pint.” 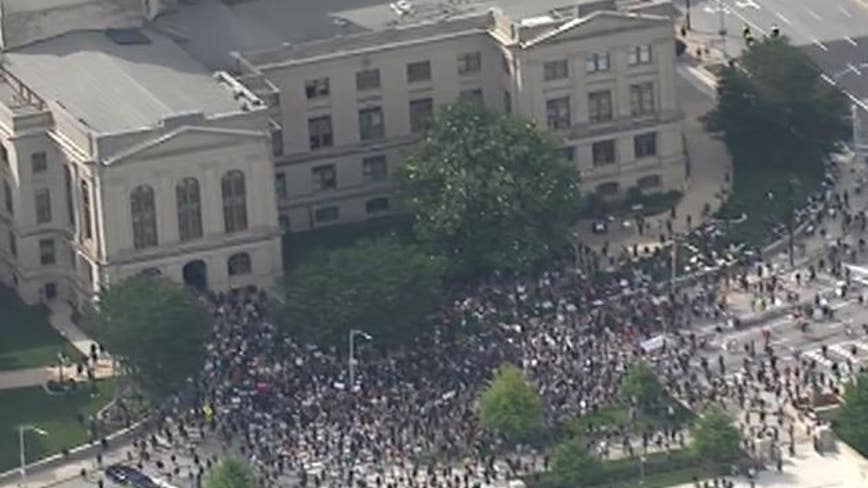