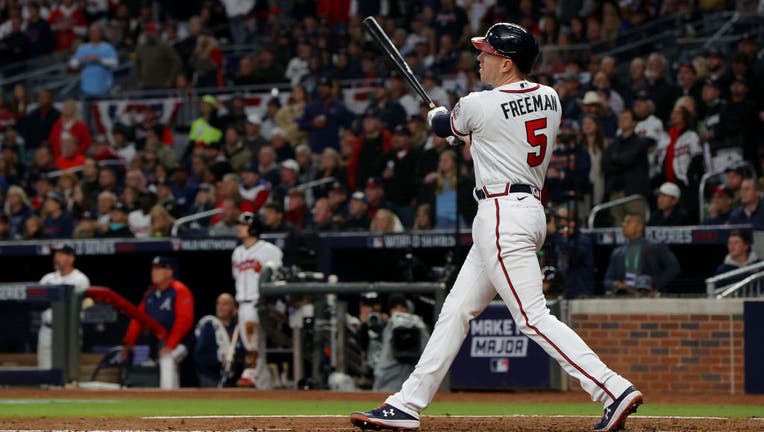 Freddie Freeman hits a one run home run against the Houston Astros during the third inning in Game Five of the World Series at Truist Park. (Photo by Kevin C. Cox/Getty Images)

Freddie Freeman, Ozzie Albies, Austin Riley, and Max Fried were all announced as winners of the award on the MLB Network Thursday night.

In Braves history, only three other players have won more Silver Slugger awards than Freeman.

The award is given annually to the best offensive players at each position in both the American League and the National League as determined by coaches and managers. They are not permitted to vote for players on their own team.

This was Ozzie Albies' second Silver Slugger and Riley and Fried's first.

In total, the Atlanta Braves had the most Silver Sluggers of every other team in Major League Baseball in 2021, with the Toronto Blue Jays close behind with three players awarded.