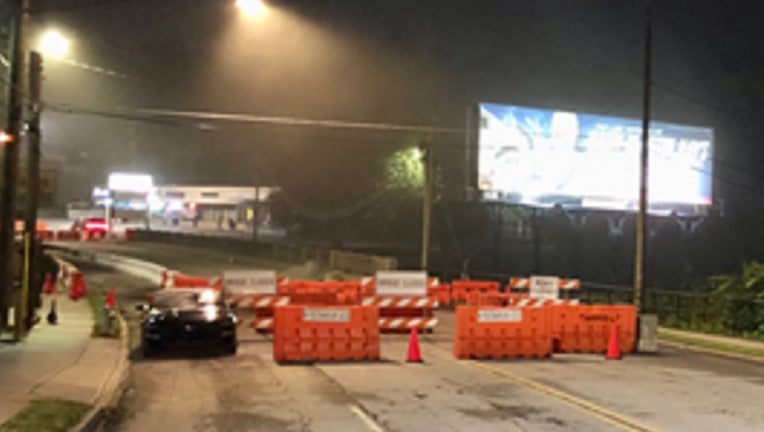 ATLANTA - The bridge over the south fork of Peachtree Creek along Cheshire Bridge Road could be closed for at least a year, Atlanta’s top-ranking transportation official told members of the city council on Wednesday.

"Based on the information at this time, ballpark estimate for demolishing the bridge, designing a new bridge, and rebuilding the bridge, at best is one year," Josh Rowan, Commissioner of the Atlanta Department of Transportation.

The road has been closed since the evening of August 4. Firefighters responded to a report of a gas line fire just after 9 p.m. It was later determined a fire set under the bridge caused a breach in the line, spreading the fire. The fire was extinguished and Atlanta Gas Light was able to restore service in the area by Friday, but the bridge remains closed until further notice with officials calling it a "very hazardous situation."

Authorities have restored power after a small fire under a Atlanta bridge turned into a major gas-powered blaze, but the road may be closed for a long time while the area gets inspected.

"On the morning of Aug. 5, Atlanta Department of Engineering deployed its engineering staff to the site to begin to do an investigation as did the Georgia Department of Transportation. However, the site was so hazardous at that point we were unable to perform an adequate assessment," Commissioner Rowan told the Atlanta City Council Transportation Committee on Wednesday morning. "In fact, we are unable to put people underneath that bridge, so we are looking at other means for bridge evaluation"

The Georgia Department of Transportation deemed the bridge unsafe and order the bridge closed. The city has since erected closure signs and detour signs along Cheshire Bridge Road. They have also contacted Google and other major GPS traffic services.

Rowan told the council the estimate on the Cheshire Bridge Rebuild does not include weather or other unforeseen delays and because engineers do not yet know the full extent of the damage, they are planning for the worst.

"So, there's a lot going on behind the scene with 'Cheshire Bridge Rebuild,' but we are also planning for the worst which would be a total demolition and a total rebuild of the bridge," Rowan said. 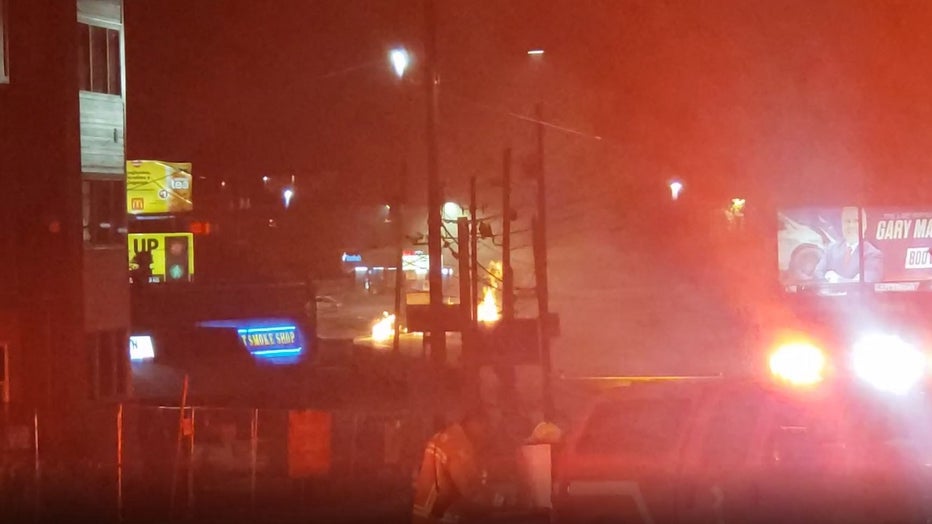 Rowan said the city has issued a request to demolish the bridge, is starting to work on bids for a design, and are working with the utility companies, such as Atlanta Gas Light, that use the bridge as a carrier, to remove those safely and in a timely manner.

One city council member questioned the timeline pointing to the Interstate 85 bridge collapse, also caused by a fire, which took less than 45 days to replace.

"It's really a case of apples and oranges, while the work on I-85 was just a tremendously successful effort, there's some key difference with our project," Rowan said. "This bridge was built in the 30s with federal funding. It's been widened it appears three times since then and so we don't have the ability essentially of just rebuilding the deck. We’re tearing the thing down to the ground and then we'll have to start from scratch."

Rowan did not give an estimate on the cost of replacement or where the money would be coming from.

Fire investigators are still working to determine more about that fire and another blaze that happened less than a week later down the road at Las Margaritas. Both blazes have rattled the nearby community, but fire officials have not revealed if there is a connection. The cause and manner of both have not been released.