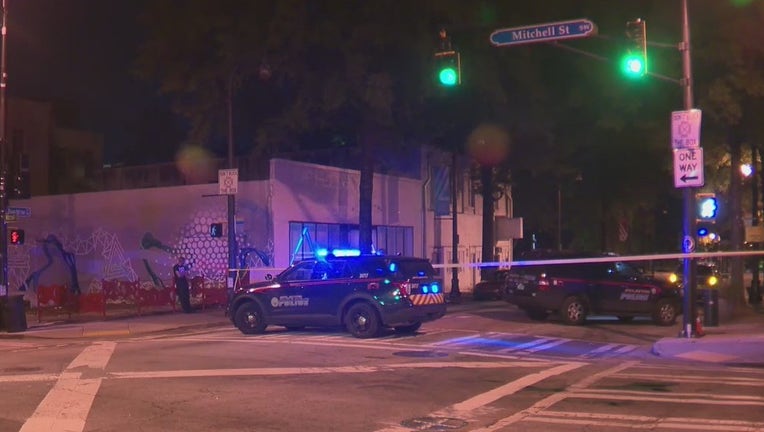 ATLANTA - Police investigated a deadly shooting overnight at a bar in downtown Atlanta.

Officials said the shooting happened on Peachtree Street near Artisan's Bar and Gallery.

Investigators said two people were fighting when the encounter escalated with gunfire.

One person was killed and another wounded, police said.

FOX 5 Atlanta is working to learn the identity of the person killed in the shooting.

Police have not named a suspect in the shooting.