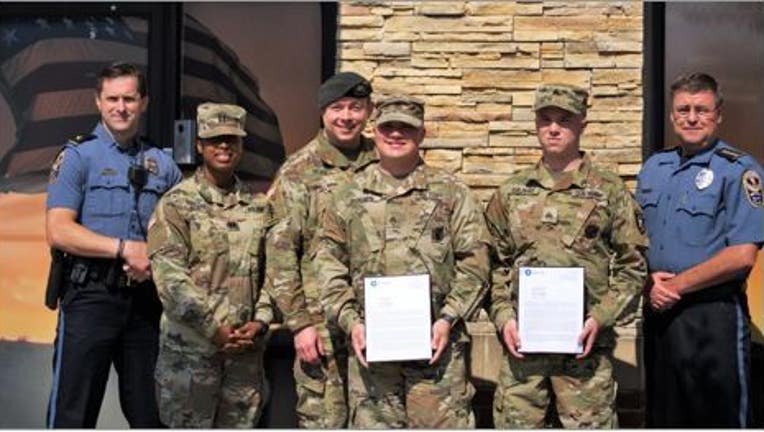 GWINNETT COUNTY, Ga. - Two Army soldiers have been recognized for their heroic acts that saved a life during a road rage shooting in Gwinnett County.

Officials say the shooting happened in a parking lot on the 3700 block of Burford Drive on the afternoon of April 5.

According to police, the shooting happened after a road rage incident in the shopping center.

Police say when Staff Sgt. Richard Borges and Sgt. Austin Childers heard the shots, they located the victim and used the combat life-saving techniques they learned in their training to treat the man.

"The Soldiers went above and beyond with the assistance of Gwinnett Police officers as they applied chest seals and tourniquets on the victim’s arm and leg to stop the bleeding," the Gwinnett County Police Department said in a statement. 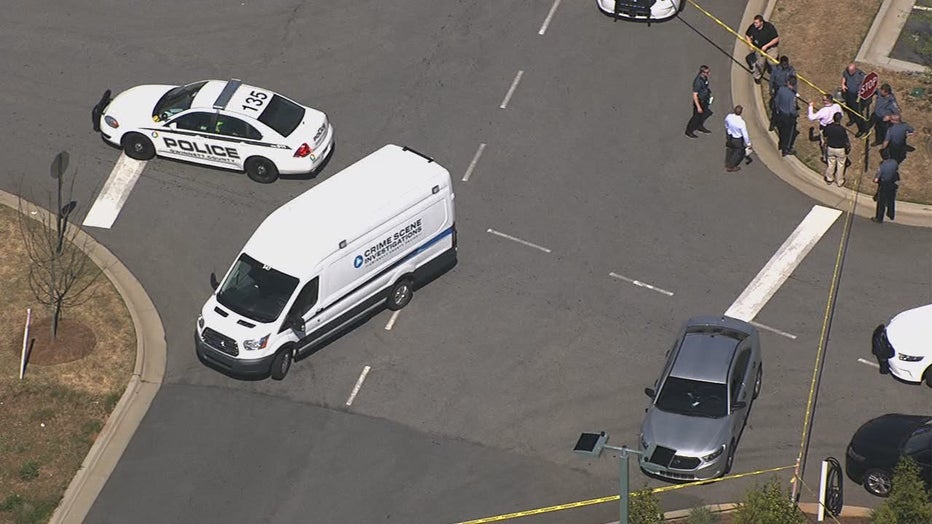 Gwinnett County police say a man was shot during a road rage incident in Buford on April 5, 2021. (FOX 5)

When paramedics arrived, the soldiers' skills helped them easily see every injury. The man was taken to a nearby hospital and survived his injuries.

"The courage and selfless service reflected during this incident ultimately helped save the life of the victim," Gwinnett Police said.

Borges and Childers' life-saving actions were recognized Monday at a police ceremony.

Investigators said the shooter also was the original 911 caller. That person remained at the scene and met with officers. Their charges are not known.