Police say an officer was giving a victim a courtesy ride when the victim spotted the people who robbed him.

ATLANTA - An Atlanta Police officer opens fire on a robbery suspect. Now investigators are trying to determine if anyone was hit by the bullet.

Police tell FOX 5 that they were investigating a robbery earlier in the evening in Midtown Atlanta. The officer was giving the male victim a courtesy ride when the victim spotted the people who robbed him.

The suspects were in two separate cars. One was in a black Camero, the other in a silver or gray Dodge Challenger. 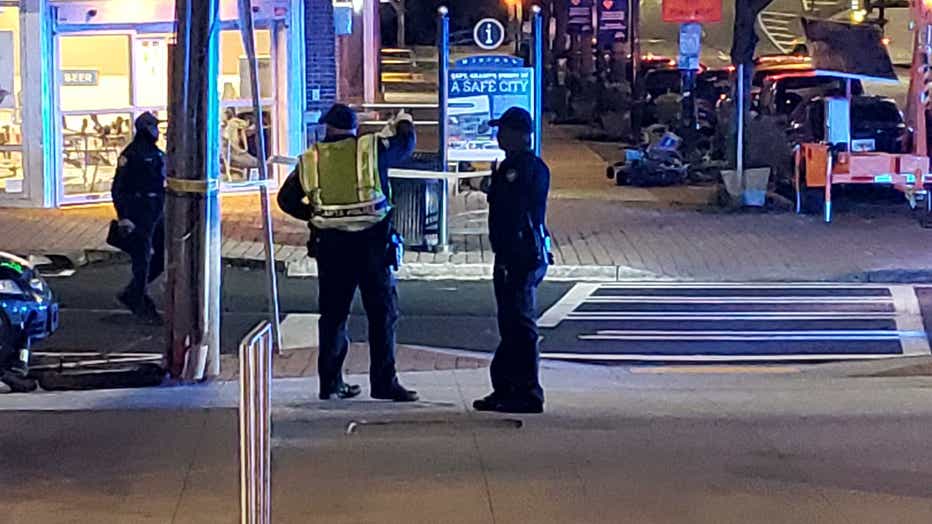 Police block off the Midtown road during the investigation.

Police don't know if the suspects were hit. They're checking with local hospitals to see if anyone comes in suffering from a gunshot wound.

The area does have surveillance cameras, so officers are hopeful they have captured the suspects on video.

Neither the officer nor the robbery victim were injured.