A tip was received that drew investigators to a residence in the Houston area.

AUSTIN, Texas - The Austin Police Department has announced that DNA testing is underway to determine if the infant involved in a welfare check in Harris County is missing Margo Carey.

33-year-old Heidi Broussard and her daughter, Margo Carey, vanished from their Austin home last week after Broussard dropped her son off at Cowan Elementary School in the morning, police said at the time.

The infant is healthy and in the care of Child Protective Services, according to police. A deceased adult female was also located at the residence.

"During [the search of the Houston residence], we located a baby who is safe, who is healthy, currently in the care of CPS," APD Detective Brad Herries said. "That child's visual appearance is consistent of that of baby Margo."

An autopsy confirmed the body found to be that of Heidi Broussard. The cause of death was determined to be ligature strangulation.

One person has been arrested and has been charged with two counts of kidnapping and one count of tampering with a corpse.

"The property in Houston continues to be an active scene," Herries said. "We are investigating multiple locations between Austin, Houston and surrounding areas."

WHAT WE KNOW SO FAR 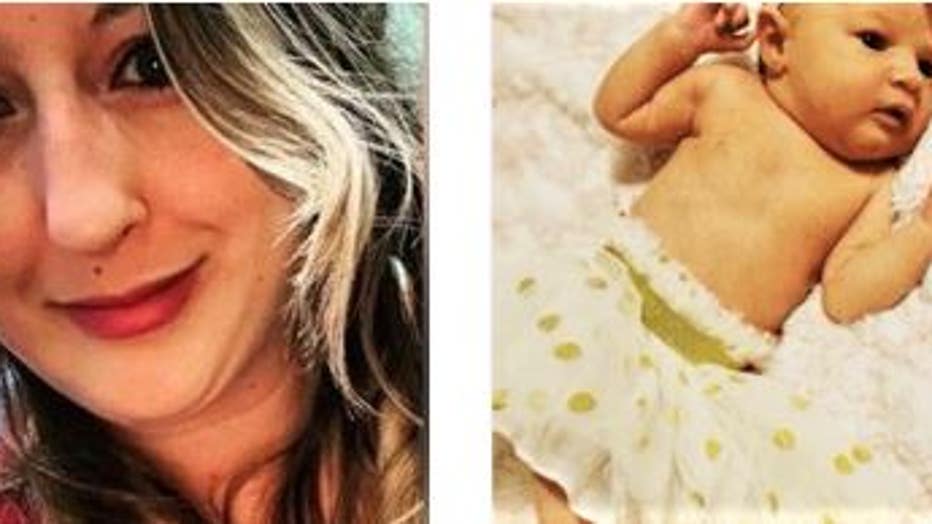 Reports of a possible arrest came this morning after investigators discovered the body of a woman, likely that of the missing woman, in the trunk of a car outside a Houston-area home Thursday night. The Austin Police Department, Texas Rangers, FBI and Houston area authorities were at a home on Bo Jack Drive in Harris County overnight.

Authorities reportedly showed up to check on the welfare of a one-month-old baby girl and that the child was taken to a hospital to be checked out and did not have any obvious signs of injury.

33-year-old Heidi Broussard and baby Margo Carey haven't been seen or heard from since December 12.

While authorities continue to investigate, the Broussards are pleading for their daughter and granddaughter's safe return.

Heidi Broussard and her daughter vanished from their home near West William Cannon and South First Street in Austin after Broussard dropped her son off at Cowan Elementary School on Thursday, December 12. Authorities believe both mother and baby returned to their residence before they went missing, but Broussard's car and her and her daughter's belongings were all still at the residence when Broussard's common-law husband, Shane Carey, discovered them missing and alerted police.

The boyfriend of an Austin missing woman and her two-week-old baby is speaking out.

Austin Police Department: No person of interest in search for missing mother, newborn