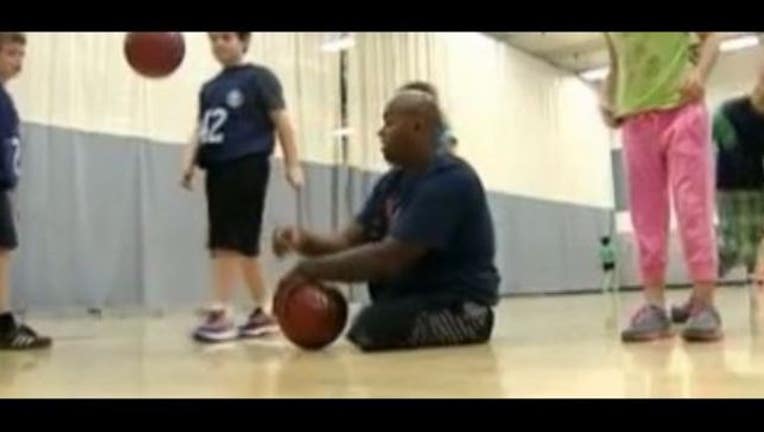 What do a former marine, who's now an amputee, and a basketball coach have in common? In this case, they're the same person!

Toran Gaal is a former marine sergeant. The veteran is also an amputee due to an IED explosion he became victim to during his tour in Afghanistan.

Along with losing both legs, Gaal also suffered brain injury, but he doesn't let any of this stop him.

"I don't teach winning. I teach getting better."

While the team hasn't won any games, Gaal says it's more about how the team plays.

"Being around them, it gives you an energy that I never would have ever thought that I would ever get."

The players on "Team Sapphire" are in the second and third grade.