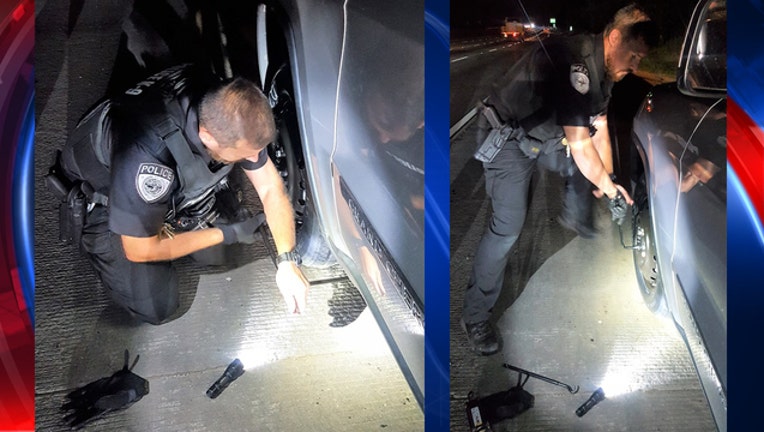 ALPHARETTA, Ga. (FOX 5 Atlanta) - An Alpharetta police officer is getting thanks from all over the city after going above and beyond to help a stranded motorist.

The driver said they were heading home after a Dave Matthews Band in the early hours of July 24 when their tire exploded on Georgia State Route 400.

The driver, stranded on the side of the roadway at 1 a.m., tried to call HERO, but was told that they couldn't give them an ETA because they had few drivers on the road. So with no one else to turn to they called Alpharetta's Officer Ritchey.

Ritchey, who had already worked all day, jumped into action and helped get the spare tire on without a problem.

"I was alone and scared being stranded at such a time," driver Arelis Nelms wrote to the Alpharetta Police Department. "Having an officer reply promptly and help me quickly made my night.