MOODY, Ala. - The Alabama police officer shot and killed at a Birmingham area hotel will be laid to rest on Monday.

Sgt. Stephen Williams, 50, was with the Moody Police Department for the last three years. He was shot Tuesday just before 9:30 p.m. after responding to assist other officers. He was rushed to the hospital but later died.

Tapero Corlene Johnson, 27, and Marquisha Anissa Tyson, 28, are being charged with capital murder. Both Johnson and Tyson have been in custody since the night of the shooting. Court records weren’t immediately available to show whether either has a lawyer.

Williams was a 23-year veteran of law enforcement. He leaves behind his wife and three children. 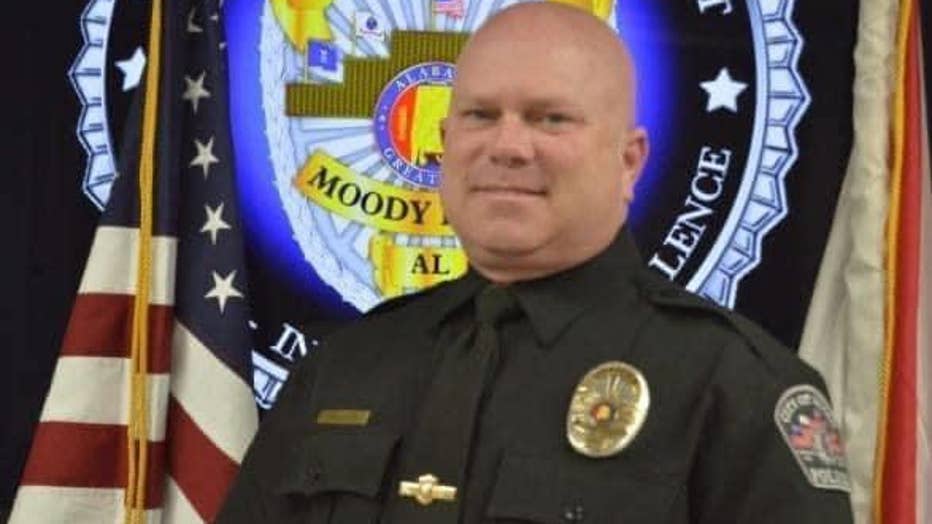 “Moody Police Department would like to thank everyone that has reached out to our department during this difficult time. Sgt. Stephen Williams was a great man and great officer! He truly loved and served the members of our community with great pride.

“We are overwhelmed with the love and response from the community and greatly appreciate you all. Anyone who is wishing to help with food. Please contact Bro. Brad Mosley at First Baptist Church of Moody. If you are wishing to make a donation to the Williams’ family an account has been set up at Metro bank. Please continue to pray for the Williams’ family and our Moody Police Department during this difficult time.”

Williams is being posthumously promoted to the rank of lieutenant as an honor, Police Chief Thomas Hunt told a news conference.

“Lots of guys looked up to Stephen. He was a very good close friend,” Hunt said.

Authorities haven’t disclosed details of the shooting, but a witness said he heard multiple gunshots.

Visitation for Williams will be held on Sunday at the Ridout’s Southern Heritage Funeral Home at 1011 Cahaba Valley Road in Pelham from 5 p.m. to 9 p.m. His funeral will take place Monday at 11 a.m. at First Baptist Church in Moody at 902 Church Street.

Moody is about 20 miles east of Birmingham.