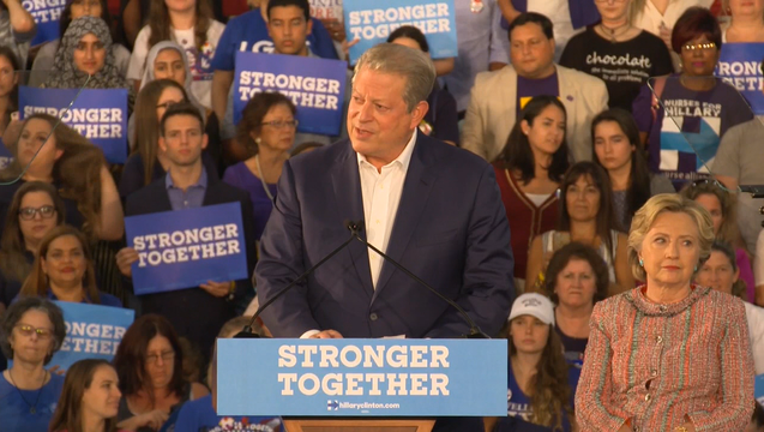 ATLANTA (AP) - Former Vice President Al Gore said Thursday that more attention must be paid to the dangerous health consequences of climate change, and he called on scientists, health officials and health care providers to work together to find solutions to the crisis.

Gore made the comments Thursday during the Health and Climate Meeting at The Carter Center in Atlanta. Gore helped organize the conference after the Centers for Disease Control and Prevention abruptly canceled its own conference on climate change and health.

A number of CDC employees were attending, however, including Patrick Breysse, who leads the agency's efforts to investigate the relationship between environmental factors and health. CDC spokeswoman Kathy Harben said Breysse was there to represent the CDC but that some agency officials were attending on their own time.

Officials from the U.S. Environmental Protection Agency, the National Institutes of Health and the National Oceanic and Atmospheric Administration were also attending.

Public health experts have long said that climate change is a man-made problem that contributes to a range of health issues and illnesses, including heat stroke, respiratory illness and diseases spread by tropical insects.

Gore also said the effects of climate change are falling hardest on the poor. Outbreaks of cholera, an acute intestinal illness caused by ingesting infected food and water, have in recent years struck places like Haiti and Niger. Cholera causes severe diarrhea and can lead to death by dehydration, sometimes within hours.

"Cholera likes warmer water," Gore said. "There are lots of examples of temperature spikes with water that had high levels where cholera becomes much worse and much worse of a problem."

In 2012, President Donald Trump tweeted that the concept of global warming was created by the Chinese to make U.S. manufacturing noncompetitive. He later said he was joking, but during the presidential campaign referred to global warming as "a hoax."

Oklahoma Attorney General Scott Pruitt, Trump's pick to head the Environmental Protection Agency, has been met with opposition from environmental groups and some Republicans on Capitol Hill.

Republican Sen. Susan Collins of Maine said Wednesday that she's going to vote against Pruitt because she has "significant concerns" over his active opposition to EPA policy and his lawsuits against the agency on policies important to Maine.