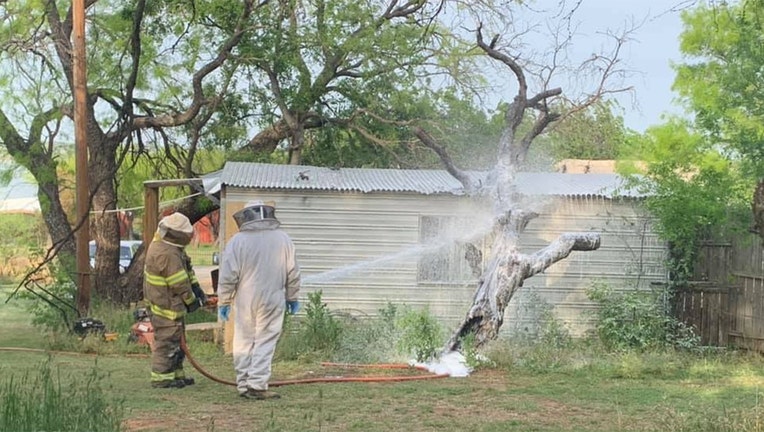 BRECKENRIDGE, Texas - A Texas man died after going into cardiac arrest when he was attacked by an aggressive swarm of bees outside his home, authorities said.

Thomas Hicks, 70, was mowing his lawn Monday when he was repeatedly stung by the bees outside his home in Breckenridge, about 130 miles west of Dallas, authorities said.

Hicks' wife, Zoni Hicks, told KTAB that she had been out grocery shopping when she returned to find her husband screaming and covered in bees.

"You couldn’t even see his back and his whole head — he was just covered," she said.

One of the firefighters in the house removed their protective gear and dressed her in the gear and the other firefighter led her outside to the Fire Chief’s truck and she was taken from the scene. She was treated and released from a hospital.

Sheriff's deputies and firefighters went door to door and advised people not to use outside noise-making equipment until bees could hive back up and calm down.

A local beekeeper offered his specialized equipment to assist with locating the hive and remediating it. They were successful in locating and removing the hive with hand tools and foam.