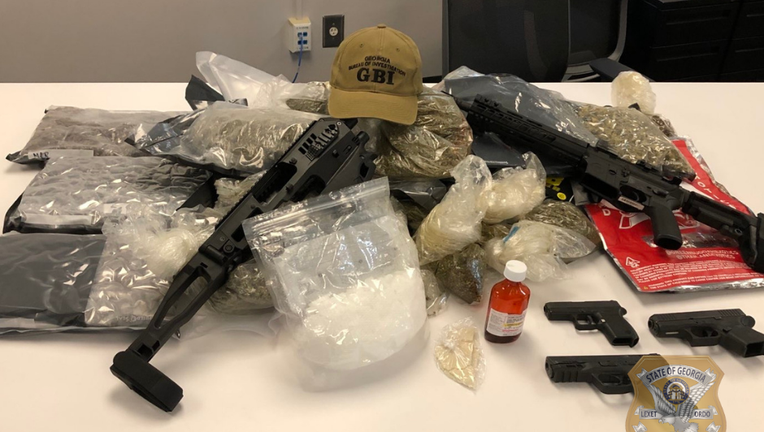 In their investigation, agents seized multiple firearms, some of which were reported stolen, evidence of criminal street gang activity, and suspected methamphetamine, cocaine, heroin, and marijuana.

The searches were the result of a investigation that began earlier this year involving the criminal gang Rollin' 60's Neighborhood Crips, officials said.

The other arrested suspect was 42-year-old Joshua Harry Capers. He's been charged with possession of a firearm by a convicted felon, and violations of the Georgia Street Gang Act.

The joint investigation is still ongoing and additional arrests are expected.