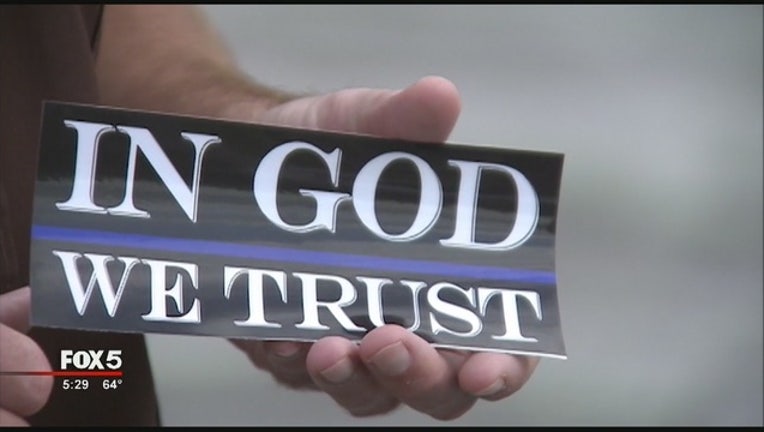 NASHVILLE, Tenn. (AP) - The state attorney general's office says a bill that would require all Tennessee license plates to bear the words "In God We Trust" is constitutionally suspect.

However, the legal opinion by Attorney General Herbert Slatery said that same license plate would be defensible if citizens were given the option of having one, instead of being forced to get one.

A bill currently moving through the Legislature would require all Tennessee license plates to have the words "In God We Trust." The main sponsors of the proposal are Rep. Bill Sanderson of Kenton and Sen. Paul Bailey of Sparta, both Republicans.

Slatery's opinion said that despite the phrase being steeped in U.S. history, it's also one that has religious connotations and that's why it could be unconstitutional.