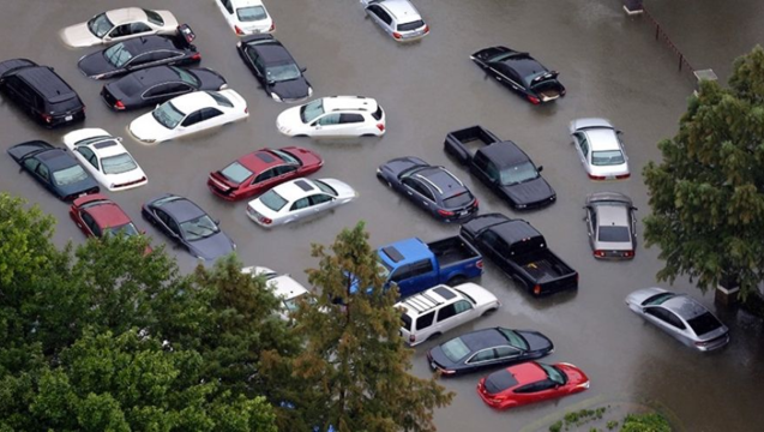 They should be salvaged, but some will still end up on used car lots.

As many as a half million cars were flooded by Hurricane Harvey and those flood damaged.

Add in flooded cars from Hurricane Irma and you're looking at upward of one million vehicles that insurance companies will deem totaled.

"A car that is sold after a flood at auction is considered salvage. It is considered something that should be taken to the junkyard and considered for parts," Eddie Ehlert of MazdOnly told us.

From his Chamblee shop he tells us that too often these junked cars end up back on the used car market.   And you do not want to buy one of these.  So do some due diligence.

See a car you like? Go in for a closer look.  Lift the floor mats to see if there are unusual stains or moisture. Heck, check if it smells funny.  Now, go to the trunk.

"Yes, everything in the trunk can be removed with relative ease," he said lifting the trunk's floor. If there's a big wad of mud on the inside, no natural event in the normal life of the car is going to cause that to happen."

Look inside the door.  Just pop off the cover.

"In the event it's been underwater, the door would have filled up with water, " Eddie tells us.

No red flags?  Great. But keep looking.  Get a vehicle history report. It'll cost less than 50 bucks.  Our car expert tells us what to look for.

"If the last time it was sold is concurrent with a major weather event in an area, there's a major red flag."

Still all good? Fantastic. But you're not done yet. If you're really serious about this vehicle, get a mechanic to now check it out.

Sure he'll get a look inside the car with a boresope, but it's the car's many computer that will show telltale signs of water damage.