DeKalb County Police is investigating an assault on Department of Juvenile Justice transportation officers inside a park. It happened while the workers were on their lunch break. They weren't physically harmed, but their van was damaged.

DEKALB COUNTY, Ga. - A quick lunch break turned into a bizarre attack on state employees inside a southeast Atlanta park.

Officials with the Georgia Department of Juvenile Justice say a massive group of activists went after transportation workers in the middle of their lunch break.

Investigators said the two transportation officers were inside their transport van when a large group began attacking and vandalizing the SUV. Thankfully, the employees were not physically hurt, but we're told they were shaken up and afraid.

"They were just going there to enjoy their sandwich," DJJ Commissioner Tyrone Oliver said.

"They said about 60 or 70 people came out of the woods wearing camouflage clothing, masks," the commissioner detailed.

The park is located on West Side Place near Constitution Road in DeKalb County.

Commissioner Oliver said the vandals approached the van from the park's tree line, surrounded it and began their frightening assault.

"Their tires were slashed. Their windows were busted out. It's a clearly marked law enforcement transportation van with  blue lights and decals on the side of the van. It's just a brazen attack,' he described. 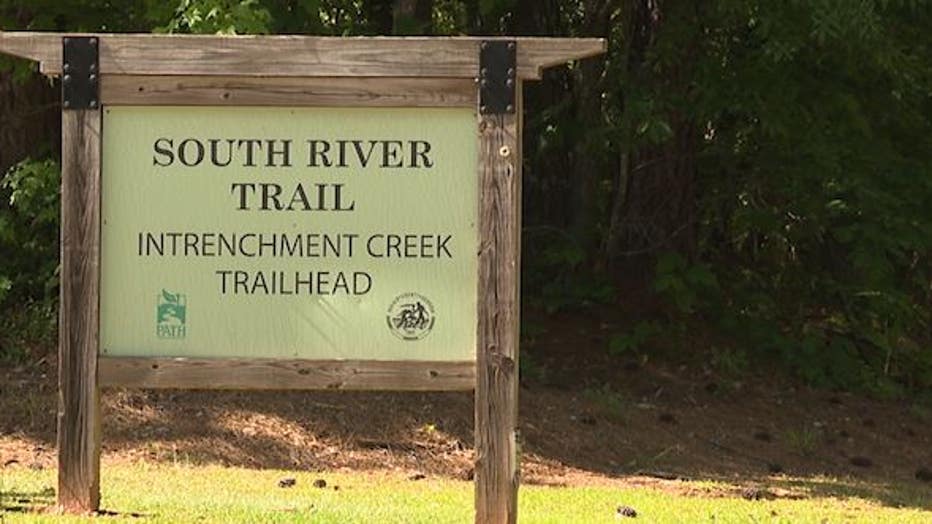 The transportation officer had just left a nearby facility.

Commissioner Oliver said the individuals are likely part of an activist group.

"In talking and working with DeKalb County Police Department, this is an activist group that's protesting a piece of land that's going to potentially be the new sight of a law enforcement training center in the area," he said.

That land is adjacent to the park.

Thankfully, the transportation officers were able to safely escape and get help at a fire station across the street.

"They were definitely shaken up. They definitely felt their lives were in danger," Oliver said of the officers.

The commissioner said Wednesday wasn't the first time his officers have used this park.

However, he's now requested they refrain from visiting for the foreseeable future.

DeKalb County police say no one is in custody right now, and they are still investigating this situation. The transportation officers involved have returned to work.