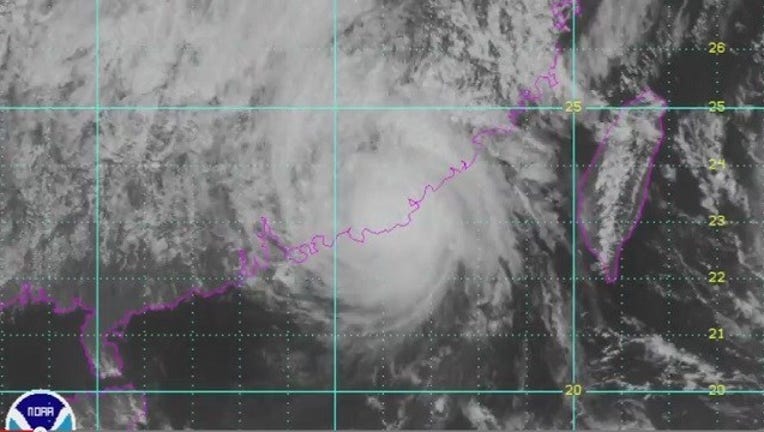 It is an active typhoon season in the western Pacific.

Schools were closed and public services were left severely affected after Typhoon Linfa made landfall in the Chinese city of Lufeng on July 9. According to reports, the storm was 200km east-northeast of Hong Kong by lunchtime on Thursday, with Hong Kong’s Observatory saying it would raise a T8 storm signal at approximately 5pm local time.

“According to the present forecast track, Linfa is expected to come closest to Hong Kong tonight and tomorrow morning and pose a threat to Hong Kong,” the observatory said on its website.

This video shows radar images of Linfa making landfall on the eastern coast of Guangdong, China.

Typhoon Chan-Hom, known as Falcon in the Philippines, edged towards Japan’s southern islands on Thursday, July 9. Maximum winds reached 198km/h with speeds of 144km/h near the storm’s center, according to the Japan Meteorological Agency. The typhoon was forecast to move northwest at 20km/h as of 5pm on July 9. The typhoon is expected to become stronger as it nears Okinawa.

This video shows big waves in Tokunoshima, an island between Kyushu and Okinawa.