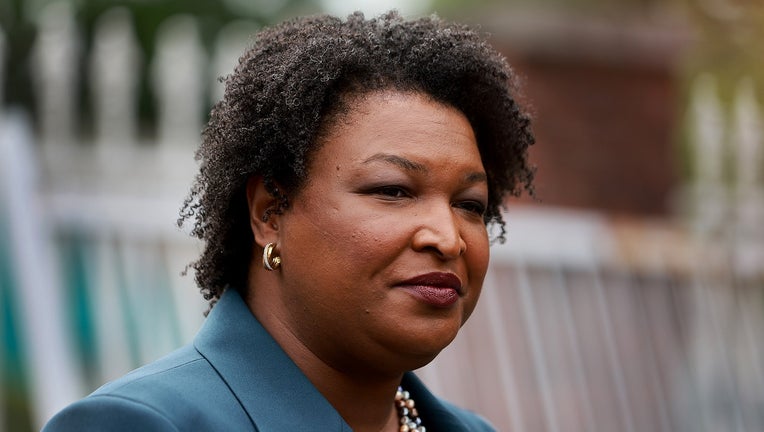 Democratic gubernatorial candidate Stacey Abrams speaks to the media during a press conference at the Israel Baptist Church as voters head to the polls during the Georgia primary on May 24, 2022 in Atlanta, Georgia. Election Day allows people to vote

ATLANTA - Georgia voters didn’t get much of a break from election talk on the day after the Tuesday primary in which Republican Gov. Brian Kemp demolished GOP challenger David Perdue and Democrat Stacey Abrams finally clinched a nomination waiting for her after no other members of her party jumped in.

The Republican Governors Association, a key contributor to Kemp’s victory, launched a television ad attacking Abrams Wednesday. And the state Democratic Party announced the launch of its coordinated campaign that seeks to grab victories in November for Abrams, U.S. Sen. Raphael Warnock and others.

Those were opening moves in what will be a brutal slog of a governor’s race between Abrams and Kemp, a contest that Republican strategist Ryan Mahoney estimated could cost $250 million overall after campaigns and other groups finish spending.

Kemp’s romp, where he won nearly 75% of the Republican vote despite former President Donald Trump’s support of Perdue, made headlines worldwide as proof that Republicans could defy Trump and thrive. And Abrams, once unknown, vaulted to first rank of national Democrats with her 2018 loss to Kemp and subsequent advocacy for voting rights.

Kemp is eager to tie Abrams to President Joe Biden in this year’s rematch, seeking to drag her down with the weight of the Democratic president’s unpopularity.

"She has embraced the disastrous Biden agenda at every single turn," Kemp told supporters Tuesday in his victory speech.

Abrams, meanwhile, wants to make the campaign all about the shortcomings in Kemp’s record, repeating multiple times in a Tuesday news conference that Kemp "doesn’t care about the people of Georgia."

Kemp, Perdue, Abrams and their supporters combined to spend more than $20 million in the primary. A new Georgia state law allows individuals to make unlimited contributions to Kemp and Abrams, which could bring saturate screens with a summer of negativity, as each tries to blacken the other’s reputation. 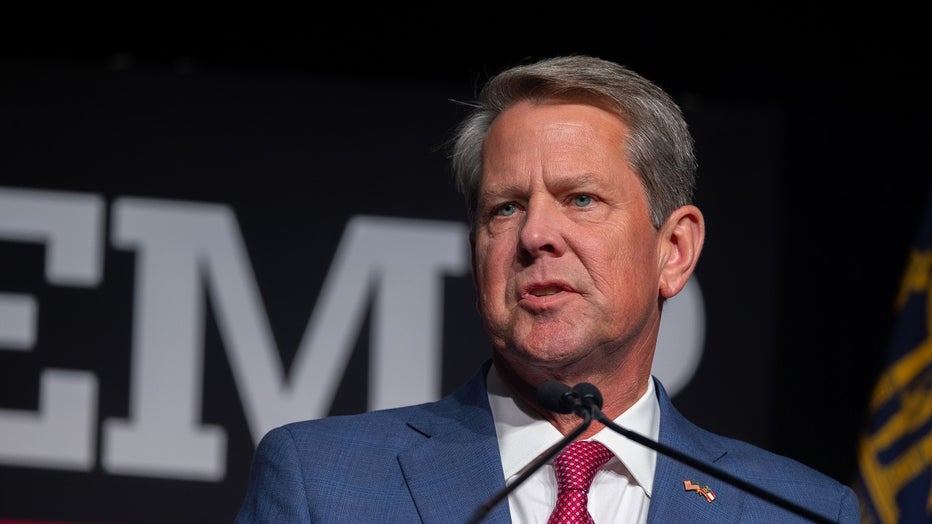 Governor Brian Kemp (R-GA) speaks during an election night party after winning renomination to be the Republican candidate for Governor on May 24th, 2022 at the College Football Hall of Fame in Atlanta, Georgia. (Photo by Nathan Posner/Anadolu Agency

Georgia politics, once sleepy and Republican-dominated, have never settled down since 2018, and the intensity is clearly driving voter interest. More than 1.9 million Georgians cast ballots in the primaries. Republican turnout of nearly 1.2 million topped the previous 2020 record, while Democratic turnout of more than 700,000, despite few compelling races, topped the 2018 midterm record, but not the 2020 record.

Abrams on Tuesday promised to keep expanding what she called "one of the most impressive apparatuses for voter engagement."

"This is going to be an expensive race," Abrams said. "But our investment is not going to be in tit-for-tat politics. It’s going to be in making sure that every Georgia voter knows how to vote, knows why to vote and knows where to vote. And we’re going to give them a reason to vote."

It’s that reason to vote, linking politics to everyday lives, that underlies Abrams’ approach to organizing groups of once marginal voters and pushing up their participation.

"When people choose not to vote, it’s because they don’t feel as though it’s important or connected to their lives," said Lauren Groh-Wargo, Abrams’ campaign manager, in an interview last week.

Kemp, who won in 2018 by turning out Republicans at unprecedented numbers, also pledges to ratchet up his efforts.

"We got to knock doors like we’ve never knocked before," Kemp said Tuesday. "We got to make more phone calls. We got to talk to more of our friends and our neighbors."

A messier Republican primary could have further benefitted Abrams. Kemp’s easy victory means there won’t be an expensive June runoff and that Kemp doesn’t appear to bear the mortal wounds that primary challenges sometimes inflict even on the winners. But the primary did force Kemp to spend millions and it drove him further to the right, leading him to push through a bill that repealed the permit that had been required to carry a concealed handgun in public and to embrace a ban of transgender girls from high school athletics.

Kemp’s decision to keep pushing in the runoff, even after it became clear he was pulling away from Perdue, was an opportunity to consolidate his own Republican support. Every Republican who voted for Kemp is one who broke with Trump’s distaste for the governor, which could make them less likely to stay home in the fall even if Trump continues to attack Kemp.

"You can’t win in November without the GOP base fully behind you," said Mahoney, who has worked for Kemp in the past. "Gov. Kemp saw the primary as an opportunity to galvanize the base, publicly prove his widespread support, and create undeniable and arguably unstoppable momentum heading into the fall."

That doesn’t mean there still isn’t danger. Kemp, for example, needs to bring the more than 250,000 people who voted for Perdue to his side. That number of votes would have been more than enough to decide any statewide election in Georgia in 2018 and 2020. That said could be decisive if a significant share of them decide to sit out, as happened in the 2021 Senate runoffs that elected Warnock and Jon Ossoff, giving Democrats control of the Senate.

"We’re in a close race, so anything that even has smaller adverse impacts on Republican turnout is a big deal," Groh-Wargo said, "just like anything that impacts our turnout."