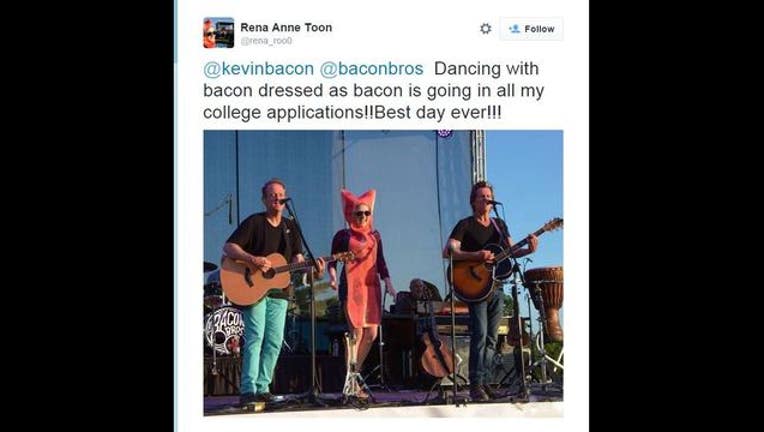 TRENTON, NJ -- We all remember playing that game "Six Degrees to Kevin Bacon," the game where you connect the dots and link back to Kevin Bacon. Well this past weekend a super fan did one better; she became half a degree to Kevin by becoming a Bacon herself.

Over the weekend the Hollywood star and his brother, Michael aka the Bacon Brothers played a concert at McGuire Air Force Base in New Jersey. While jamming out on stage they were joined by an unexpected guest dressed as a large slice of...yep...bacon.

The woman, known only as Rena Anne Toon on Twitter, danced on stage and even got Kevin's autograph. She later tweeted "Dancing with bacon dressed as bacon is going in all my college applications!! Best day ever!!!"

Game, set, match! She wins. Drops the mic. Walks out door. Thanks for playing.