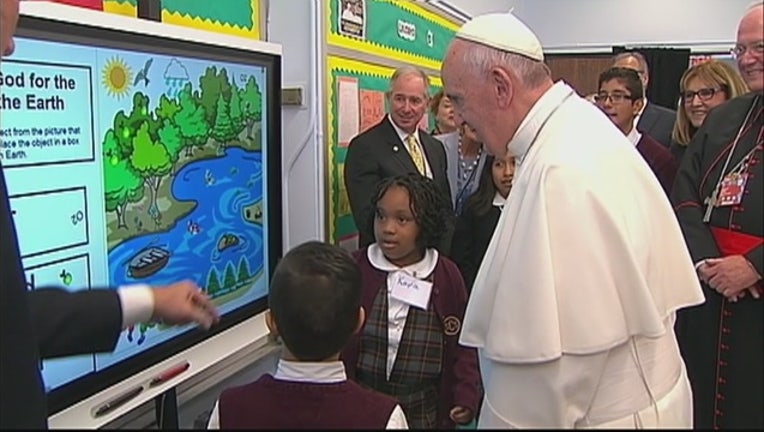 PHILADELPHIA (WTXF) - Pope Francis is known for his simple attire. Often we see the Holy Father wearing all white.

His ordinary dress includes a white cassock, which is a long-sleeved, ankle-length robe.

On his head is a white skull cap or zucchetto.

You see a white sash around his waist which is usually.

Pope Francis' coat of arms is known for its linear simplicity.

It includes a blue shield, topped by the symbols of Papal dignity, which Pope Benedict XVI also used.

Those symbols include the Papal miter above crossed keys of gold and silver bound by a red cord.

At the top of the shield is the emblem of the Pope's religious order, The Society of Jesus.

There you see a sun carrying the letters, IHS, in red.

Lower on the shield, is a star symbolizing the Virgin Mary on the lower left, and a spikenard flower signifying Saint Joseph on the lower right.

Below the coat of arms is Pope Francis' motto, which translates to, "by having mercy, by choosing him."

His motto is taken from a passage from the Venerable Bede, on the feast of Matthew.