ATLANTA -  Atlanta police said a man riding in an Uber early Tuesday morning was shot multiple times and then was found along the interstate. Police released the 911 tape from the frightening event. A 21-year-old unidentified man called in for help.

Caller: "I am bleeding bad ma'am.
Operator: "You're shot? Where are you located?"
Caller: "I am on the side of the road, I need help please."

Atlanta police are investigating a shooting that happened in the backseat of an Uber ride on Interstate 75.

Captain William Ricker told FOX 5 News it all began around 3 a.m. when an Uber driver picked up a fare at the Diamond Club located on Northside Drive near Interstate 75. The SUV began driving on I-75 southbound when shots were fired inside the vehicle.

According to police, when the driver heard the commotion he stopped and all the men in the vehicle jumped out on the interstate. A 21-year-old man fled across the interstate and was discovered on the ramp from Interstate 85 southbound to I-75 northbound with multiple gunshot wounds. 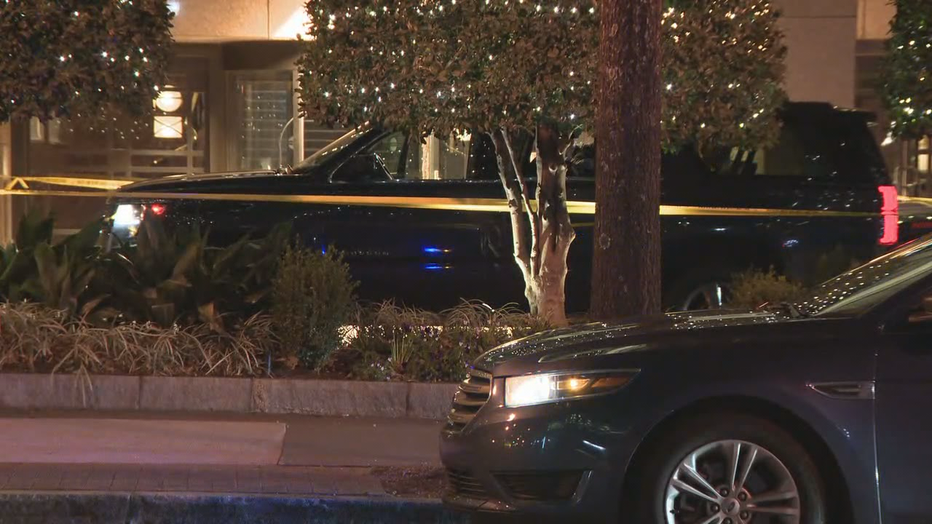 Police said the Uber driver saw a gun and blood in the back of his SUV and drove to 14th Street where he pulled over in front of the Four Seasons hotel and called police.

Investigators said the victim was shot multiple times in the arm and leg and is listed in stable condition at Grady Memorial Hospital. Detectives plan to speak with him later and try to piece together additional details.