Austyn has undergone more than 9 surgeries and spent more than 24 hours in the operating room after being attacked by the family bulldog.

HOUSTON - "Blood was everywhere I was covered in blood," said Austyn Clanton.

The 9-year-old and his family would have never dreamed their 3-year-old American Bulldog named Mattis would viciously attack his best friend.

"He would get on the trampoline with Austyn and he would do everything Austyn told him to do," said Brad Clanton, Austyn's father.

"It makes you feel like you failed your child in some way because there were no signs," said Austyn's mother Vanessa Clanton.

Austyn says he was fighting with his older brother and they were wrestling.

"Mattis was trying to protect Trystan and Mattis attacked me," he said. "I got in the house but he still wouldn't get off."

Austyn has undergone more than nine surgeries and spent more than 24 hours in the operating room. Doctors not only saved his arm, but they recreated a new bicep using muscle tissue from his back. 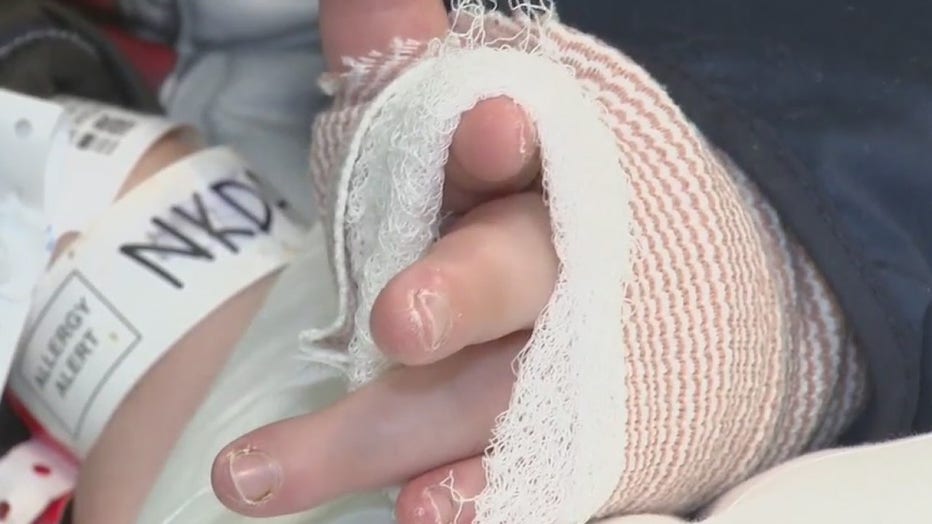 "You take a dog from 7 weeks old and you raise it until they're 3 years old, and you think your dog will never do this," Austyn's mother said.

The family says they will never know or understand why Mattis attacked Austyn. Mattis no longer lives in the family's home.

Austyn says he still wants to be a dog trainer someday.