The fire was so dangerous first responders had to get out of the home.

Firefighters were called to the scene on the 800 block of Cruiser Run in unincorporated Lawrenceville around 11 p.m.

When they arrived at the scene, fire crews found smoke billowing out of the two-story home's front door and attic.

First responders say the fire was so hot and dangerous, they had to back crews out and attack the fire from the outside in order to put out the flames.

By the time the crews were able to extinguish all the hot spots, they say the home had sustained extensive damage and was declared a total loss. 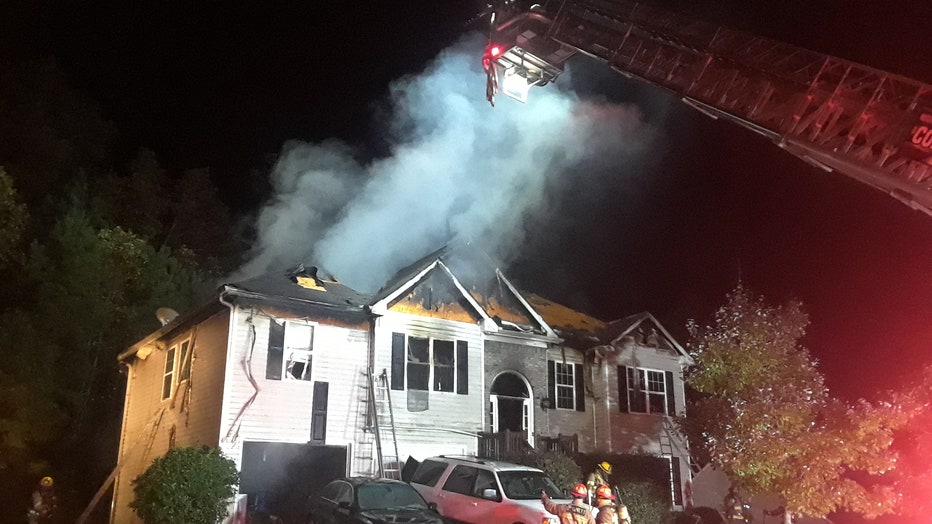 Thankfully, someone on the first floor of the home woke up to the heat and smoke and got everyone else in the house to safety before firefighters arrived. Four adults and four children have been displaced by the blaze. No one was injured.

Investigators determined the fire started in the left-rear corner of the first floor of the house near the garage. The cause is still under investigation.