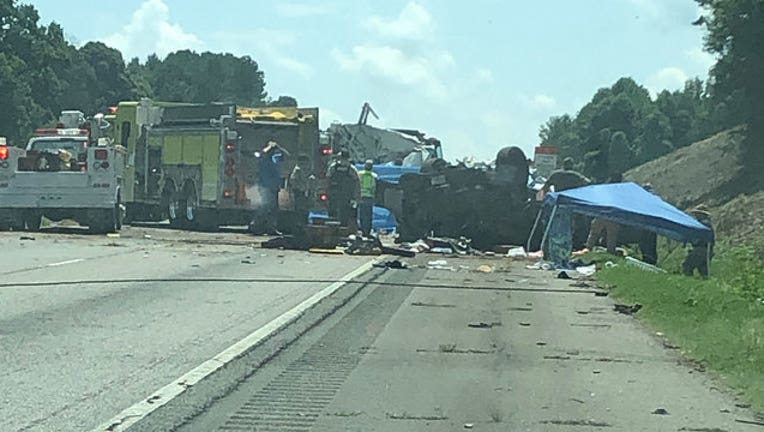 It happened along I-85 near Mile Marker 160. Troopers with the Georgia State Patrol said a Ford Excursion driving north on the interstate crossed over the median and into oncoming traffic, striking a Chevrolet van. The van then crashed into a Ford E360 van in the next lane, troopers said.

Troopers said three people inside the Ford Excursion and all four people in the Chevrolet Van were killed.

Three other passengers in the Ford Excursion were rushed to an area hospital. Trooper said one was in critical condition and the others were stable.

There were only minor injuries in the Ford E350 and the two other vehicles.

The names and ages of those involved were not immediately available.

The cause of the crash is still under investigation.

Prior to this crash, the Georgia State Patrol said 12 people died on state roadways during the Fourth of July holiday period which started at 6 p.m. on July 3.