At 11:30 p.m. a 21-year-old was shot and killed when an unknown person approached a silver Dodge Caliber that was in a parking lot at Congress and Randolph. The car was occupied with the victim a 21-year-old man from East Pointe, and two other men. Police say the unknown person began firing shots into the car, all the occupants got out of the car and at some point the victim was shot. The wounded man died at the hospital from his injuries, according to Detroit police. Anyone with information is asked to please call Detroit Police Homicide at 313-596-1290 at Crime Stoppers at 1-800-SPEAK-UP.

Police moved back the crowd and used tear gas and pepper sprays to thin the protesters out in some areas.

There was one Detroit police officer injured after being hit by a thrown rock during the early part of the protest against police brutality.  A second was nearly run over while on a bike, but that driver was arrested. There are no details if any other officers were harmed Friday.

At around midnight, protesters were congregated in the area of Randolph and Monroe bordering Greektown before police dispersed the crowd. There have dozens of arrests than the initial nine that happened earlier during the protest march.

Michigan State Police provided air support with its helicopter as officers are trying to break up lingering members of the crowd.

Earlier in the evening, several squad cars vandalized during a protest against police brutality Friday night downtown while two officers were attacked.

A command officer was struck by a rock and a second officer was on a bike and narrowly avoided being hit by a car that intentionally tried to hit him, Detroit Police Chief James Craig said.  The injured officer was taken to a local hospital.

One Detroit police officer was injured and several squad cars vandalized during a protest against police brutality Friday night downtown.

The driver of that vehicle was arrested, and is among nine - six men and three women in custody out of about 1,500 who came to demonstrate.

"I will not stand by and let a small minority of criminals come in here, attack our officers and make our community unsafe," he said. "Just know that we are not going to tolerate it."

Craig said that one arrest was a pursuit on the freeway that led to the arrest of the driver who tried to run down the officer on a bike.

Out of the several Detroit police cars damaged, Craig said that the department knows who the suspect is that tore out a window on one of the vehicles, adding that person lives outside the city and that they will be coming for them. 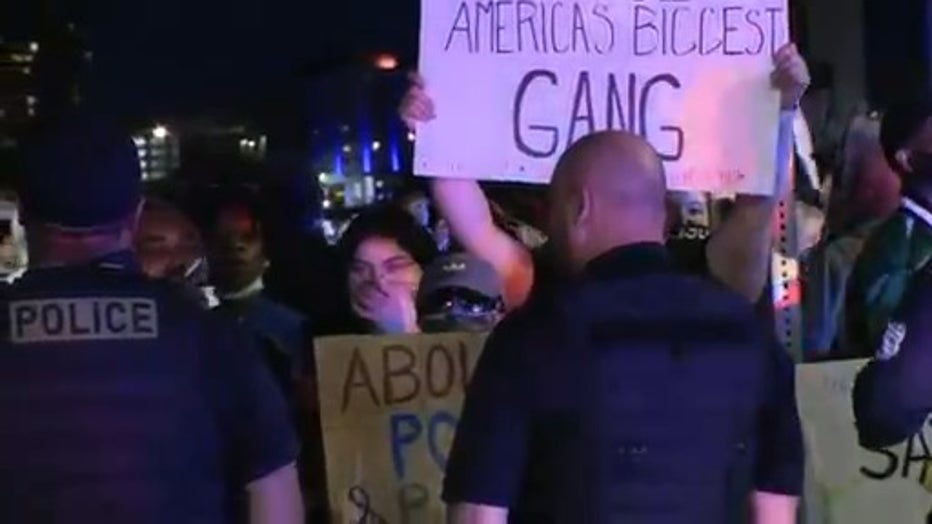 "The vast majority, I want to say seven out of nine, are from outside of the city of Detroit," Craig said. "If you really believe in Black Lives Matter, we are still battling COVID. I am a COVID survivor. African-Americans are two or three more times likely to get COVID or die from COVID. Do us a favor, if you want to protest, why don't you protest in your hometown."

Outrage over the death of African-American George Floyd by a white ex-Minneapolis police officer has sparked unrest and vandalism across the country. 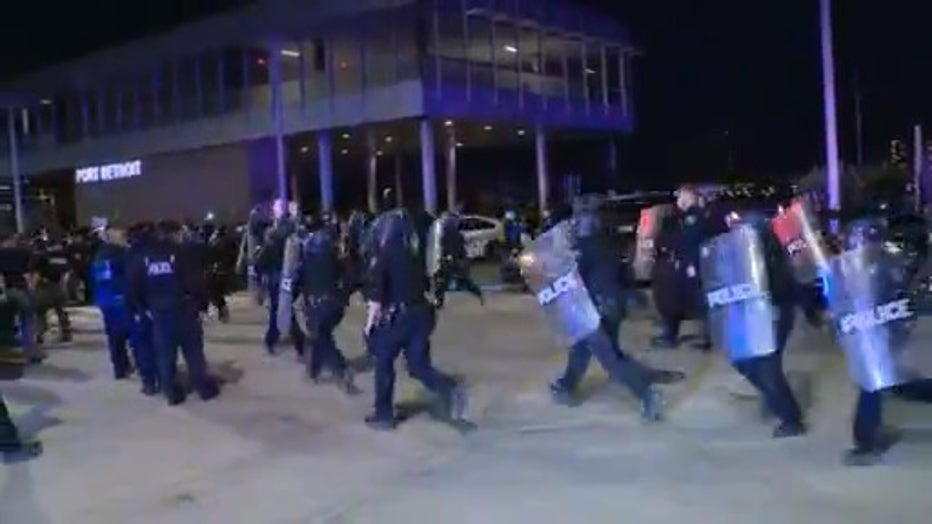 Craig brought up the fact that it was only a small sliver of protesters that caused problems during the march.

"We had about 1,500 peaceful protesters all with a message," he said. "Some even commended the Detroit Police Department for the work that we do each and every day.

More video of the Detroit protest against police brutality

"A small faction came in late they have been taunting police officers for the last hour and hour and a half. This does not represent the vast majority of Detroiters. We have had so many people support the work that we do and know that we support the message, but do it peacefully."