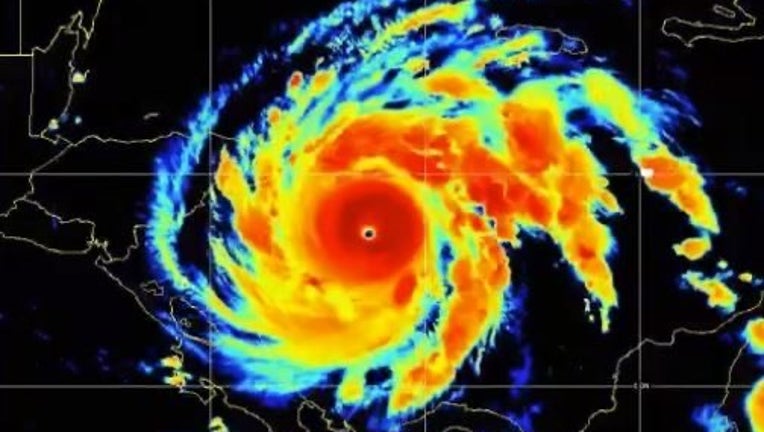 ATLANTA - From the beginning, meteorologists were forecasting an above-average Atlantic Hurricane Season. In the end, since the 1966 satellite era, this season not only surpassed the forecast, but it also recorded the most named storms, second-most to 2005 for hurricanes (13) & major hurricanes (six), third-most for named storm days (117), and sixth-most for Accumulated Cyclone Energy (178 ... just for perspective 2005 had 250 ACE).

At the end of July, the FOX 5 Storm Team was already seeing signs that the 2020 season could have several similarities to the devastating 2005 hurricane season. In 2020, we passed almost every record from 2005, smashed other longstanding records, and several individual storms set records as well.

Here is a list of some of the records the 2020 hurricane season set:

Individual storms also set records throughout the season. One of the most memorable storms will be Iota because of how late in the season it formed and how it became the strongest November hurricane to make landfall in Nicaragua (155 mph max winds) since Eta which made landfall just 13 days before with 130 mph max winds.

Iota became the latest Atlantic calendar year Category 5 hurricane on record with max winds of 160 mph. The old record was set by the Cuba Hurricane of 1932 (175 mph) on Nov. 6. Iota also recorded a lower central pressure (917 mb) than Katrina (920 mb). 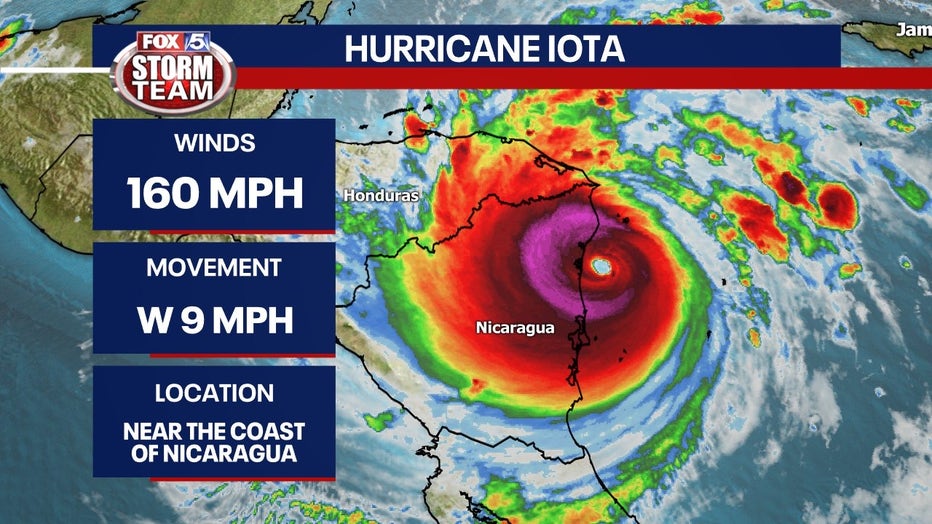 One surprising statistic from the 2020 hurricane season is that the damage cost is being estimated at $38.86 billion which isn't even close to the costliest season on record dating back to 1900. The highest damage cost was $294.92 billion from 2017.

Locally, we had impacts from a couple of the record-breaking number of storms. The two storms that had the highest impact in the Georgia area were Delta and Zeta. Delta produced a tornado outbreak on Saturday, Oct. 10th and Zeta caused widespread damage and power outages on Thursday, Oct. 29. During that time, parts of north Georgia and metro Atlanta were under a Tropical Storm Warning which was the second time on record that has happened.