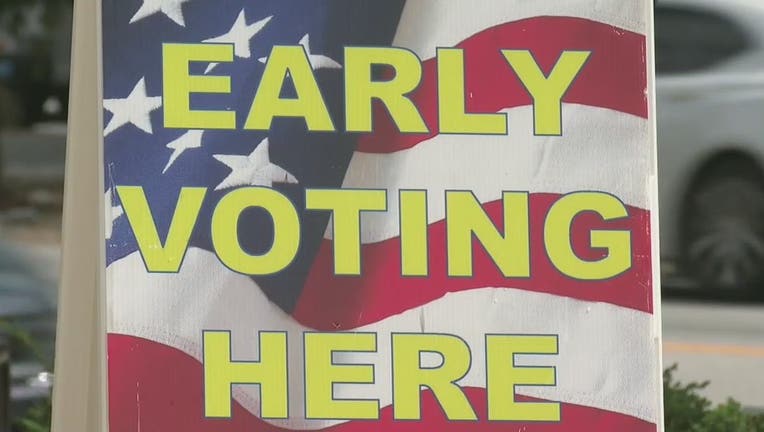 ATLANTA - More than two million Georgians have already cast their ballots early for the upcoming election on November 3.

Georgia Secretary of State Brad Raffensperger said as of 5 p.m. Wednesday, 2,090,481 ballots have been cast.

"Georgia is a leader in election access. Notwithstanding the pandemic, voters in the Peach State can take advantage of no-excuse absentee ballot voting by mail or through a secure drop box; three weeks of early, in-person voting; or Election Day voting," Raffensperger said.

People can continue to vote early in person through October 30. While voters must vote at their assigned polling place on Election Day, they can vote at any open polling place in the county where they live during early voting.

Georgia’s elections have drawn national scrutiny in recent years. That was renewed in June when the state’s primary election was marred by long lines caused by equipment problems and high turnout, as well as coronavirus-related consolidations of polling places and shortages of poll workers.

Concerns about voter disenfranchisement have resulted in a flood of election-related lawsuits seeking to have judge’s order changes.

There are more than seven million registered voters in Georgia, according to the Secretary of State's Office.