GRIFFIN, Ga. - Two Griffin police officers were hurt after their patrol car was hit by a truck Tuesday morning.

It happened around 5:30 a.m. at the intersection of Ga. Highway 16 and Hammond Drive.

The two officers were traveling in the same patrol car when they were struck by a commercial vehicle. Investigators believe the truck that struck the officers ran a red light before hitting the patrol car on the driver's side. The truck then overturned.

The officers have been identified as Officer Amanda Frix and Officer Erin McAdams. 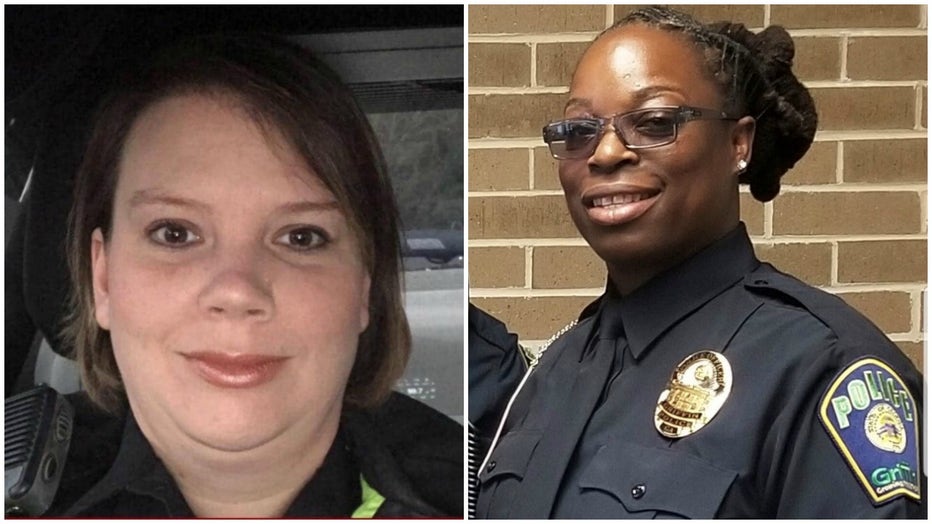 Officer Frix, a veteran of the Griffin Police Department, was flown to Atlanta Medical Center with serious injuries. Officer McAdams, a rookie officer who was in her field training stage with Officer Frix, was also hurt and taken to Wellstar/Spalding Hospital in Griffin. Officer McAdams has non-life-threatening injuries.

The Georgia State Patrol is investigating the accident.