The cause of the fire is still unknown.

The fire happened at Clear Solutions Import Wholesale on the 3100 block of Chamblee Dunwoody Road shortly before 4 a.m.

When crews got to the scene, they found heavy fire and smoke pouring from the building. The flames had extended all the way to the back of the building.

Using defensive techniques, firefighters were able to battle back the flames, and are still at the scene managing the damage due to multiple collapses.

Fire officials told FOX 5 that two people inside the warehouse managed to escape. 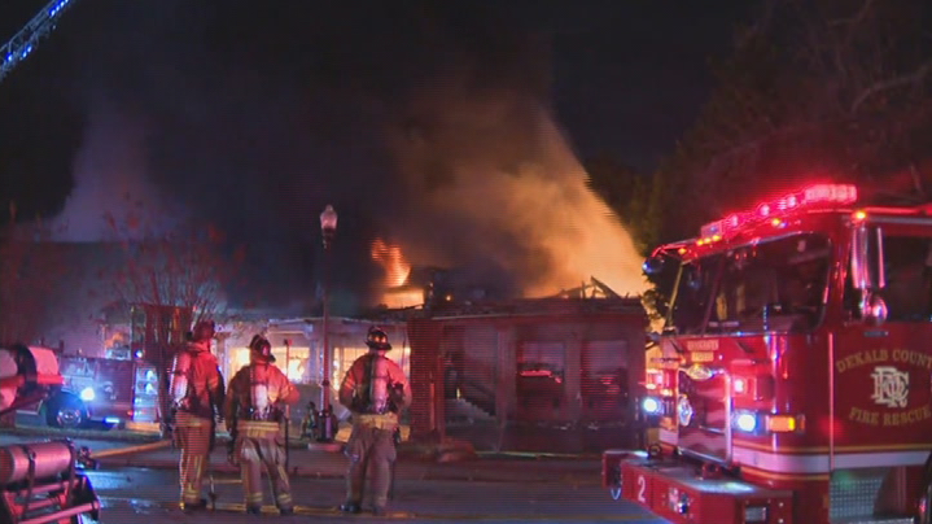 "Initial reports is that we had two people entrapped," Assistant Chief Mike Lewis said. "That is not the case. They did make it out. They are well."