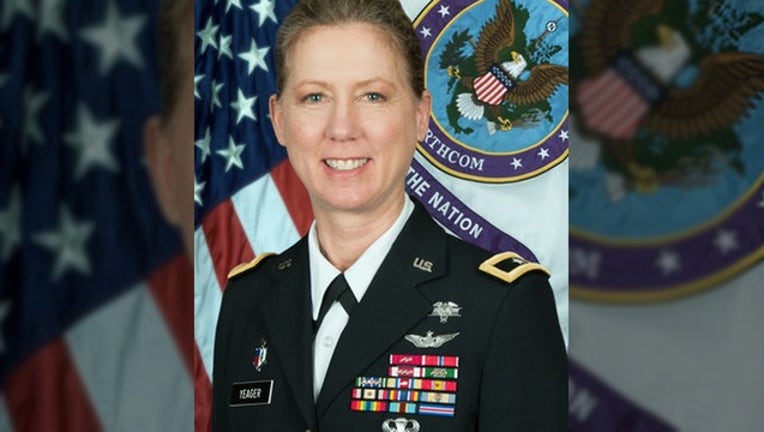 LOS ALAMITOS, Calif. (AP) - The California National Guard has announced the appointment of the first woman to lead a U.S. Army infantry division.

Brig. Gen. Laura Yeager will assume command of the 40th Infantry Division on June 29 at Joint Forces Training Base in Los Alamitos, California.

Yeager was commissioned in 1986 as a second lieutenant from the Reserve Officer Training Corps at California State University, Long Beach.

She served as UH-60 Black Hawk helicopter pilot, left active duty when her son was born and continued her military career in the California Army National Guard.

Yeager deployed to Iraq in 2011 as deputy commander of the Cal Guard's 40th Combat Aviation Brigade, then served as a battalion and brigade commander.